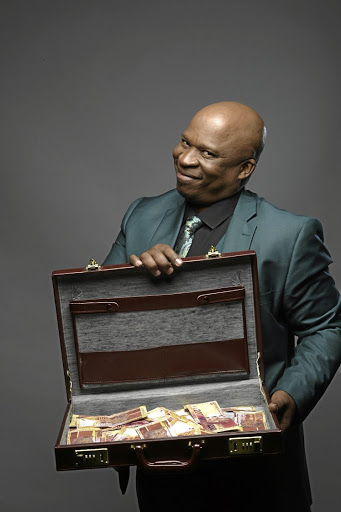 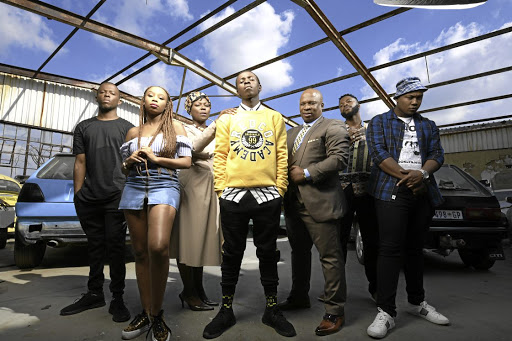 It took working with a young production team and cast mates in new drama series Impilo: The Scam for veteran actor Desmond Dube to break his four-year acting hiatus.

He leads the cast of the Mzansi Magic's TV drama premiering on Monday in the hotly-contested 8pm time slot.

Dube walks into the room almost unnoticed ahead of the special media screening that was held on Wednesday in the heart of Sandton.

After the show that boasts an ensemble cast of Sthandiwe Kgoroge, Candice Modiselle, Siya Raymond, Naymaps Maphalala and Sipho Mdingo has screened, everyone wants a piece of Dube.

It comes as no surprise because from episode one, his nuanced portrayal of charismatic, cunning, vulnerable and funny con-artist Khulubuse steals every scene he's framed in.

"This role is the perfect balance where he's likable, but very flawed. We don't see those characters on screen a lot where he's cunning, but vulnerable. One minute you like him, the next you hate him."

"Con-artists are actually confident people. There is something about confidence that draws in people. Being charismatic is a fragrance."

The storyline sees a desperate father (Dube) trying to settle his debt with ruthless gangster Pacino - played by a convincing Maphalala.

Tina Jaxa blissful with hunky love of her life

Couple ready for move to next level
News
1 year ago

The plot is set when Khulubuse drags his naive son Mnqobi - played by newcomer Mdingo - into scamming the community through a pyramid scheme called Impilo.

Dube reveals that he was drawn to the role as it afforded him flexibility. He improvised the script a lot, to incorporate some iconic one-liners that will have you rolling on the floor laughing.

"I enjoyed working with young people as directors, producers and cast. I accidentally became the harmony maker," he recalls.

"I realised that Mzansi Magic has a chance to push the envelope a bit. To kind of say 'you can get off the script if you want, because you know your character'.

"I enjoyed those moments where in every scene I will figure out what frame of mind is he in and how do we play this."

Dube celebrates 25 years in the entertainment industry this year. Over the years he relied on the mentorship of fellow actors such as David Phetoe, John Kani and Darlington Michaels.

His greatest achievement has been working behind-the-scene and producing shows such as Dube on Monday and 3 Talk.

"Learning that the money of this industry will come today and disappear tomorrow has been my biggest lesson," he shares. "Often the money will vanish before the show ends. So people see you famous, but you are broke."

In recent years, he has become synonymous with starring in Clientele Life infomercials.

'Scandal!' star Brighton Ngoma opens up about living with vitiligo

"It's not contagious, it's not painful," said the actor in a post marking World Vitiligo Day on Tuesday June 25.
Entertainment
1 year ago
Next Article