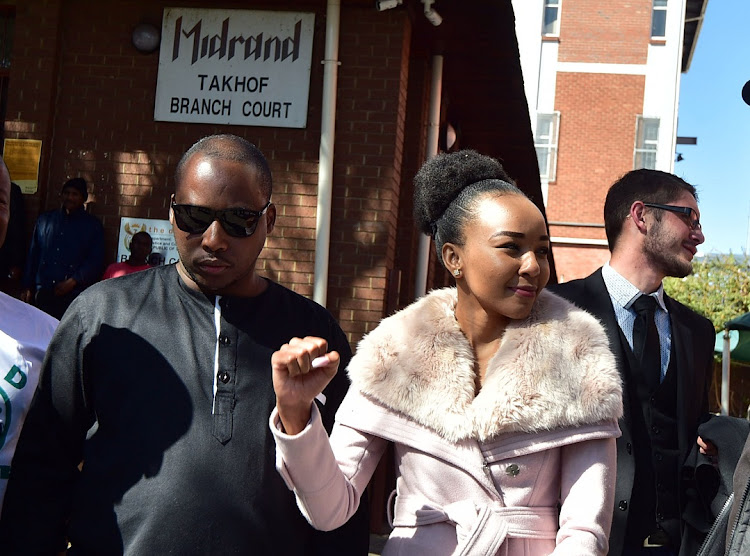 While Cici may have won the assault case brought against her by Arthur Mafokate, her case against the music mogul is still pending owing to multiple delays in the judicial process. But she's not losing heart that she'll get her closure. Even if the closure doesn't come from the case.

"I'm already singing a new song because I decided not to live my life according to what is happening in court. I live for now and I've decided that whatever happens will happen. I can't let that experience take away from the life I'm supposed to live as a human being because it isn't my whole life. It is just a portion. One specific event, a grain of sand on the beach of my life," Cici said.

Cici laid charges of assault against Arthur mid-2017 and Arthur soon followed with a counter-charge, which Cici was found not guilty of in July 2018.

The trial against Arthur was recently postponed due to recording machines in the court being out of order in March.

"I think for me. I don't know, it has just dawned that it had to be me. I had to share my story for me. It's not about revenge, it really all about principle.

ANC said Arthur Mafokate's alleged "abusive conduct" on stage went against the values and policies of the ruling party.
News
3 years ago

While 2018 has been a year of both extreme highs and extreme lows for songstress Cici‚ she believes that there's more work to be done to capitalise ...
Lifestyle
3 years ago

Cici recently released a music video for her song Uhlalu'kwenza, touching on abuse.

She explained that the music video also showed her hope that the justice system would come through for her.

"I wanted to highlight the theme of taking back your power as a woman, feminism and to basically let the perpetrators know that their time is up. It was also just to say, never be afraid to speak out. The many women standing behind me symbolise the many that have gone through what I've gone through and have lived to tell the tale."