Thuso Mbedu in line for an Emmy Award again 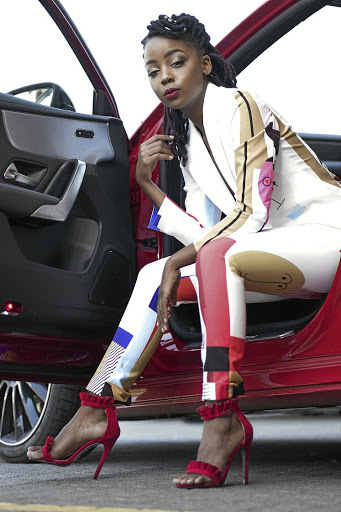 Thuso Mbedu says she now knows what to expect and is going to enjoy the awards.
Image: SUPPLIED

While getting nodded for an International Emmy Award may bring you fame and it's a dream come true, it doesn't guarantee more acting work and fortune.

That's the nature of the beast and brutal truth that vibrant actress Thuso Mbedu is preaching in her candid chat with Time Out.

Regarded as the most prestigious award an artist can be honoured with on the small screen, Mbedu has just scored her second consecutive Emmy nomination. It's once again for her life-changing role as fearless heroine Winnie in local drama Is'thunzi.

Although things remain stormy in the 27-year-old ingénue's career, she remains humbled by the nod and more zealous than ever.

"The roles aren't coming, but because of the Emmy nod I'm OK. Our industry is a very tricky industry. There is just a lot of internal politics. You must be able to pick your battles. Some battles are just not worth it.

"It's a beautiful feeling to be nominated for the same role. This is one of those things that one thinks it's not possible, because, yes, it was for the second season but what did they see that was different from the performance in season one? I guess there was something in the performance I gave."

Mbedu breaks it down to me while on holiday in rural KwaZulu-Natal. She will jet off to New York City on November 19 to attend the star-studded affair - just as the Big Apple will be transitioning into the winter holiday season.

"This time around I know what to expect in terms of the weather, so I will be very prepared. I just want to enjoy my time that side,

"I can say that the first time I was really nervous and not being fully in the moment at the time. Now, I want to allow myself to fully enjoy myself."

She will duke it out with English goddess Emily Watson, Brazilian actress Denise Weinberg and German star Anna Schudt in the category of best performance by an actress. Last year she lost out to English leading lady Anna Friel in the same category.

"I'm excited and both nods came as a shock, I didn't know that I was submitted again by Rapid Blue [production company]. I guess this time I'm more secure and grounded," she says.

Lady Noxee doing it for the sisters

"I know what to expect of it and what it means. For me it means again it's an international nod and I think it's an opportunity to go and try my luck internationally," she says.

The same role won her a gong at the South African Film and Television Awards (Safta) in March. Right after her win she joined the cast of SABC1 soapie Generations: The Legacy as Okuhle Cele. Her stay was short-lived as she departed in July, but insists she enjoyed her time there.

"It was a very short stay. I enjoyed the character because it's a girl from the rural areas and I have never had to portray a character like that before.

"I always wanted to play that kind of accent with the Zulu. I enjoy my language and I enjoy playing with my language. The cast and crew were very welcoming."

Mbedu will next reprise her role in the new season of coming-of-age drama series MTV Shuga.

"My career is about fulfilling purpose, even the roles that I take on. It's not a matter of I want to be on every TV show so I stay relevant. Also the people that watch, is it going to build them?

"It's been a very eventful year; personally I have grown a lot. I know what I want in life and what I'm working towards in the next couple of years. This year I have allowed myself to experience life more."