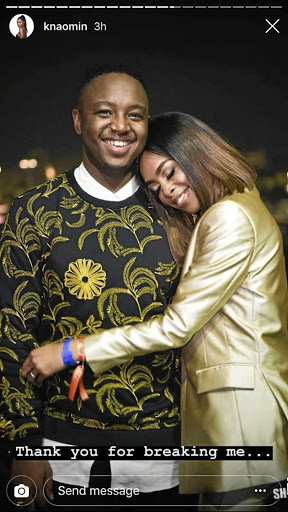 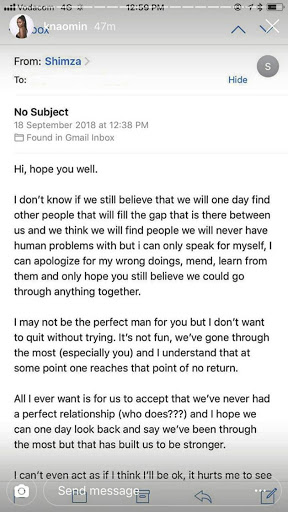 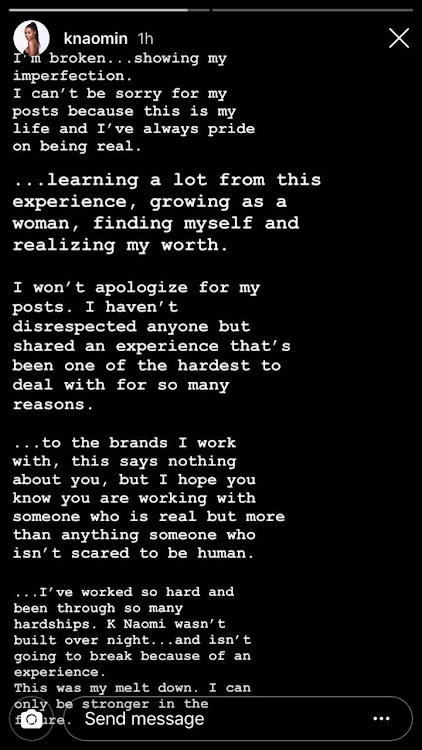 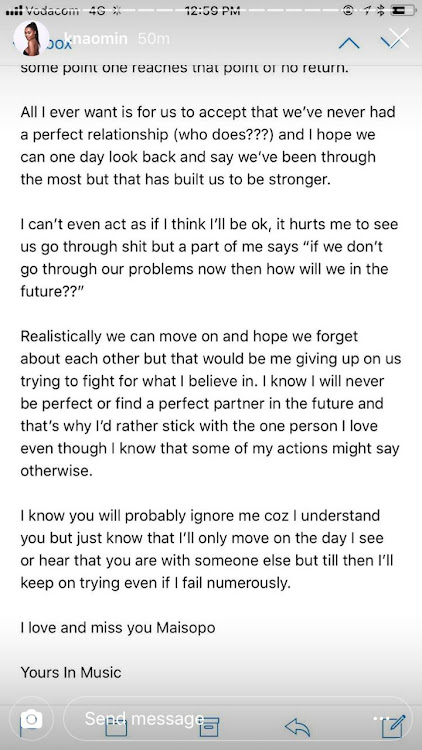 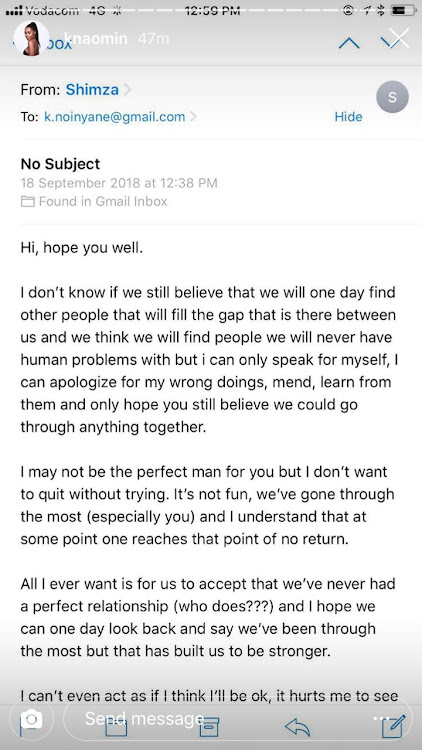 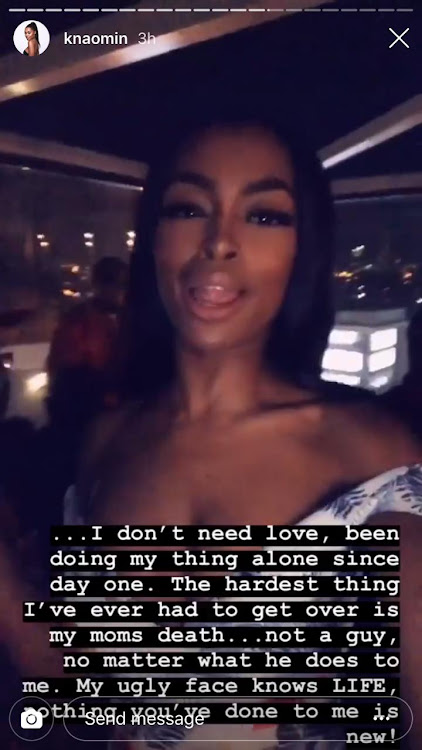 Take your love and keep it.

This was the sentiment from model and presenter K Naomi after her social media meltdown yesterday that seemingly confirmed her romance with DJ Shimza and hinted on an ugly break-up.

In a number of Instagram stories K Naomi laid it all out - the good, bad and ugly - to the shock of her followers.

Sharing a number of lovey-dovey snapshots with Shimza, she used a number of explosive captions such as:

"I made you my world and you didn't get it. Now it's an issue that I'm living my own life, without you."

"Thank you for showing me how much I can love."

"Thank you for breaking me."

She also shared personal e-mails that visibly show they were sent from Shimza.

"All I ever want is for us to accept that we've never had a perfect relationship. and I hope we can one day look back and say we've been through the most, but that has built us to be stronger," read the e-mail addressed to K Naomi.

When Sowetan contacted Shimza yesterday his phone went unanswered and he did not return our text messages.

She has since deleted the posts and issued a statement on her social media.

TV personality K Naomi took to Instagram to share a hot mirror selfie with an equally powerful message to accompany it.
Eye Candy
3 years ago

"I'm broken. showing my imperfection. I can't be sorry for the posts because this is my life and I've always pride on being real," she said.

"Learning a lot from this experience, growing as a woman, finding myself and realising my worth.

"I won't apologise for my posts. I haven't disrespected anyone but shared an experience that's been one of the hardest to deal with for so many reasons.

"To the brands I work with, this says nothing about me, but I hope you know you are working with someone who is real, but more than anything someone who isn't scared to be human."

In 2015, K Naomi was involved in a love triangle involving Lunga Shabalala and Omuhle Gela. It also unfolded on social media in a series of explosive tweets.