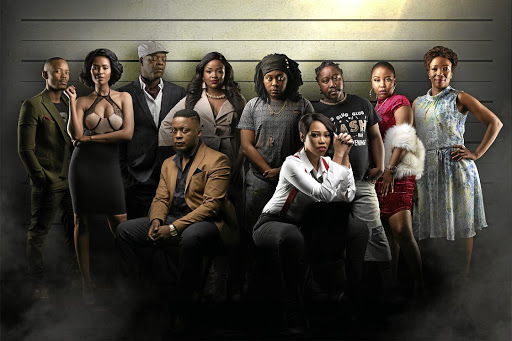 The cast of 'The Imposter', which is undergoing a dramatic reshuffle.

The second season of The Imposter is undergoing a very dramatic reshuffle that's more turbulent than the storyline for its inaugural season.

For starters, Seriti Films - producers of Sunday night's The Herd - will helm the show as producers.

They will be taking over from Ferguson Films.

The show intends to explore the anthology storytelling tool (rolling out a series of stories under one title) that has been on the rise in international TV in recent years in shows such as True Detective, Fargo and American Horror Story.

"The idea was that the series had a premise that can continue for as long as each season has different creative minds on it," said Shona Ferguson, executive producer at Ferguson Films.

Reneilwe Sema, director of local entertainment channels at M-Net, said: "We wanted to encourage producers in the industry to work together to build an even greater TV and film landscape.

"As Mzansi Magic, we decided to explore a strategy by introducing a novel storytelling technique with our dramas and telenovelas - the anthology concept."

"In this case, The Imposter will be the first show to carry this concept where we will alternate top production companies to come up with a new story and new cast while keeping the same premise."

The roller-coaster premise for season one followed identical twin sisters, both played by Ziqubu, with the evil one taking over the good sister's identity and wreaking havoc in her posh life. The second season is set in two worlds too and will premier on Sunday.

"Our aim as Seriti Films is to make content that challenges us as filmmakers. After making The Herd, which was mostly leaning towards fairytale/horror, we wanted to challenge ourselves further by making our next production completely different.

"The premise for The Imposter allowed us to do that," said Kutlwano Ditsele, executive producer at Seriti Film.

Gender-bending trends and blurred lines are the new normal in fashion.
Entertainment
3 years ago
Next Article