Decisive action to tackle debt can open path to investing

Credit can be a great enabler when building wealth, but when it’s used recklessly, the consequences are disastrous. 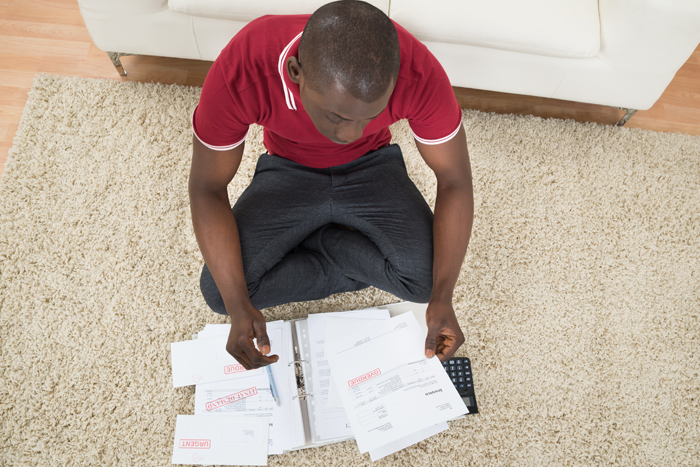 If you're in a pickle, the worst thing to do is borrow more - either live on less or earn more. Picture: 123RF/ANDRIY POPOV

Credit can be a great enabler when building wealth, but when it’s used recklessly, the consequences are disastrous. Filing for sequestration and losing all you own is a nightmare. And debt counselling is no walk in the park either. All your lines of credit are cut until you’ve paid off all your short-term debt and caught up on the arrears on your long-term debt.

An average of 12,300 people applies to go under debt counselling every month, the National Credit Regulator’s most recent annual report says.

If you’re in a pickle, the worst thing to do is borrow more. You must either live on less or earn more.

Poor financial literacy is partly why SA consumers are bad at managing debt, Sydney Sekese, the manager of investment services at Sanlam, says. Financial literacy can change the trajectory of your life. Take decisive action to tackle debt so that it doesn’t prevent you from investing or derail your investments, Sekese says.

It’s almost impossible to avoid debt altogether – most of us have to borrow to buy a home and car – but that doesn’t mean you must borrow to the hilt. Your credit limit is not a target. Just because the bank is willing to give you a home loan of R2m doesn’t mean you should buy for R2m. The same goes for your car. You might be able to pay a car instalment of R5,000 a month, but consider the opportunity cost (what you could have done with that money had you not used it to fund your lifestyle) of paying off such a large debt rather than using some money to invest.

If you chose to drive a more modest or used car to save R2,500 on monthly repayments and invest it instead for seven years (a common repayment term for vehicle finance agreements), and increased the amount annually by 6% to account for inflation, you could have R325,000 at maturity. That’s if you invested in an OUTvest tax-free plan that was invested in an index-tracking fund with exposure to equities. Not too shabby.

If you have a good credit score, use it to your advantage when you borrow. Of the 25 million credit-active consumers in SA, a negligible percentage (fewer than 340,000 consumers, according to the CBM) check their credit reports to find out their credit scores.

Whether it’s for a home loan, vehicle finance or credit card, negotiate with the lender for the lowest possible interest rate. Mortgage lenders charge their best customers prime minus a percentage or two. The difference between paying prime and prime minus 2% over 20 years is about R612,000 on a home loan of R2m.

If you have a credit card and you’re paying more than prime, shop around for a better deal. Capitec offers its best customers the prime rate on the bank’s one and only credit card.

3. Pay on time and pay more

Always pay your creditors on time. Failure to do so will adversely impact your credit score and future credit will cost you more. In terms of the National Credit Act (NCA), you’re entitled to terminate a credit agreement at any time by paying the settlement amount to the credit provider. So, if you get a windfall, settle your debt early, or pay more than your contractual instalment whenever possible. Paying more will reduce your term and save you a packet in interest.

If you’re not able to pay all your creditors, don’t just skip payments. Paying in part is better than not paying at all. Speak to your creditors when you have a crisis, and if need be, ask if you can restructure your debt by paying a reduced instalment over a longer term. This will mean that you’ll pay more in interest, but it’s better than having a judgment against your name or losing assets.

Kuben Gounden, the chief executive of retail collections at First National Bank, says that even after sending you a final demand notice, the bank is willing to engage and agree on a reasonable repayment arrangement.

Don’t ignore correspondence from your creditors. You could miss a section 129 letter, which is a notice issued in terms of section 129 of the NCA, advising that you’re in arrears and of your rights – to bring your payments up to date; engage a debt counsellor; or engage an alternative dispute resolution agent, consumer court or an ombud with jurisdiction, if you stopped paying due to a dispute with your creditor.

You have only 10 days, from the date of delivery, to act on the notice. If you fail to do so, your creditor may hand over your account to a debt collector, which will result in you paying debt collection fees on top of everything else that you owe.

While you can’t borrow your way out of debt, debt consolidation can be an elegant solution. A consolidation loan is one that is used to extinguish many and in so doing you’re simplifying your financial affairs by having no more expensive short-term debt and fewer creditors. But it only makes sense if the interest rate is lower than the overall interest of the debt you’re extinguishing.

If the term of the consolidation loan is longer than the average term of the credit agreements you’re extinguishing, then you will pay higher effective interest over the long term, but if it is giving you financial relief you could eventually use that money to pay off the loan early and thereby save interest.

Also remember debt consolidation effectively rolls your multiple debts into one. And unless you address any bad habits that got you into debt, it’s not going to solve your problem. It could in fact make it worse.

When you’re battling to pay your bills, it’s tempting to leave your mail unopened.
Business
1 year ago

Four common mistakes that will destroy your retirement

Entering retirement brings about many changes, the biggest of which may be a huge spike in your bank balance if you opted for a cash withdrawal on ...
Business
1 year ago

Envy destroys wealth because it, much like lust, causes us to ignore our rationality and engage in a fantasy world where we compare ourselves and our ...
Business
1 year ago
Next Article