Managing your emotions is key to surviving retirement Armageddon

If you want to join an elite club of people who will enjoy a retirement free of worries about money, you may have to put yourself under management. 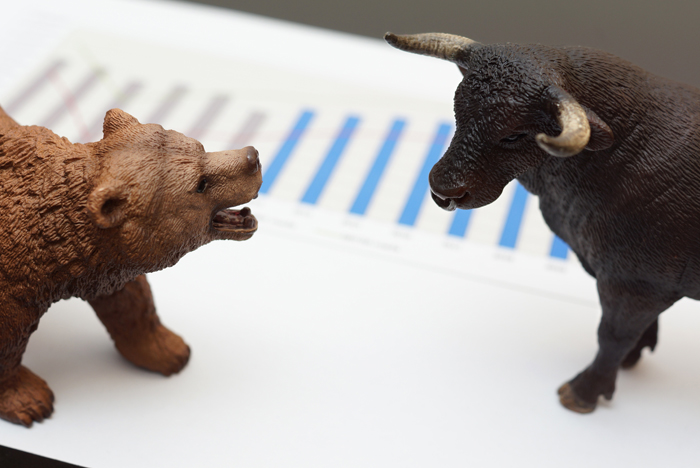 We are just not built to withstand the volatility that comes with investing in shares. 123RF

If you want to join an elite club of people who will enjoy a retirement free of worries about money, you may have to put yourself under management.

This is because investing in equities is the only way to make sure you do not have an income shortfall in retirement, Abraham Okusanya, the founder and CEO of a UK-based company that supports retirees with sensible drawdown plans through their advisers, says.

But as humans we are just not built to withstand the volatility that comes with investing in shares, he says.

Okusanya told a recent Humans under Management conference for SA advisers, that World Economic Forum statistics show that across the world there is a looming retirement Armageddon – people facing retirement with too little income.

The WEF compared average life expectancies for people in developed countries, like the US, UK, the Netherlands, Australia, Canada and Japan, to their savings and found they are, on average, likely to outlive their savings by 10 years.

Left to your own devices, you are probably 'buggered'.

Abraham Okusanya, the founder and CEO of Timelineapp

Left to your own devices, you are probably “buggered”, he says. But if you agree to let someone help you manage your emotions and you save for long enough in a diversified investment with a significant exposure to equities, you have the best chance of escaping your own retirement crisis.

If you invested R100 in 1926 in the global financial market through a share market index like the MSCI World index and left it for 90 years until June this year, you would have had R8.9m, Okusanya says.

And this is despite the period including the Great Depression, World War II, aggressive inflation and a succession of different world leaders.

Over that period the value of R100 was eroded by inflation, so it is worth considering the after-inflation value of your savings.

Okusanya says after inflation, every R100 you invested in 1926 would be worth R44,500 today if you had just left it invested for 90 years.

In spite of the challenging political history our country has had, the JSE has been one of the best performing markets in the world over the past century and has continued its permanent advance, he says.

Okusanya says you need just three things to enjoy these returns – to invest, to stay invested and to do it for a long time.

Unfortunately, that very thing is near impossible for humans because over that period of time you would have had to endure a number of bull markets where returns were fantastic and bear markets when the market fell.

During the Great Depression, the market lost 62% of its value and took two years and nine months to get back to its previous levels.

People struggle to understand that these ups and downs or volatility are temporary but the advance of the share markets is permanent, Okusanya says. 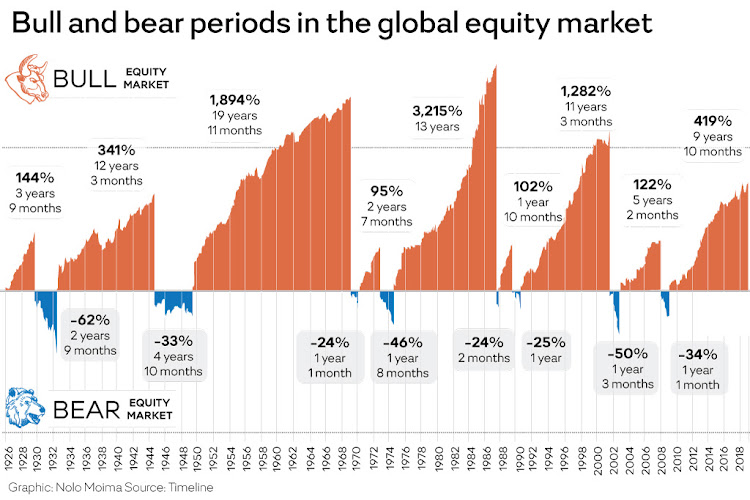 Humans do not understand the difference between taking investment risk and riding out market volatility, he says. When you invest in a well-diversified spread of companies like those in an index like the MSCI, you invest in many companies, representing many billions of dollars and run by thousands of CEOs and this reduces your investment risk.

Because the human brain is not equipped to tolerate the ups and downs of the market, your best bet is to put yourself under the management of another human, an investment adviser, Okusanya says.

Your adviser’s job is not to help you beat the market but to stop the market from beating you, he says. Your adviser should help you get comfortable with volatility by drawing up an investment policy statement.

In that statement your adviser must stress test your investments and draw realistic projections that include the uncertainty of the financial markets and provide the likelihood of the probable outcomes.

Your adviser will be a compassionate ear when the markets do badly and you are rattled. But he will calmly focus you back on your goals and remind you of the investment strategy you agreed would give you the greatest likelihood of achieving those goals.

You should never have reason to say to your adviser “you didn’t tell me that could happen” or “you put me into risky things I didn’t understand” because your adviser should have explained it all to you and shared it in an investment document.

Don’t be over-optimistic on investment returns

A survey shows most South Africans are expecting their investments to earn returns way higher than markets are likely to deliver.
Business
2 years ago

Money is an emotion that needs mastering

People who constantly think negatively about money, tend to be plagued by money problems their whole life.
Business
3 years ago
Next Article