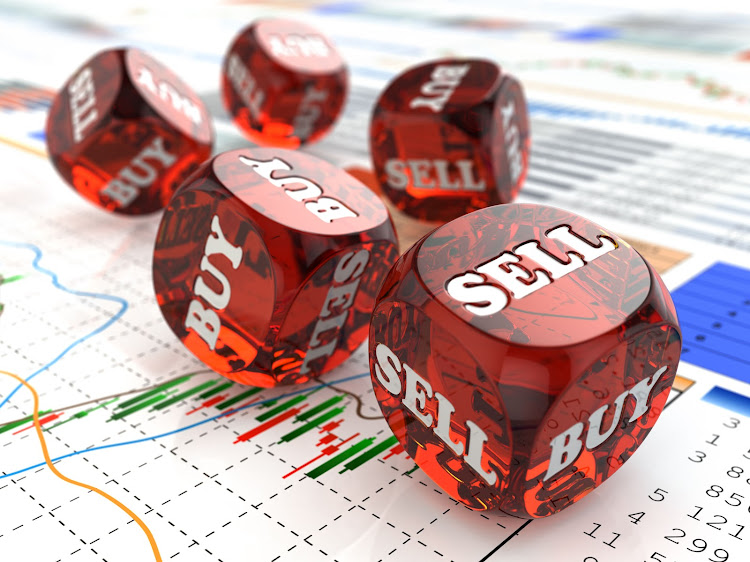 The 10 countries with more than 90% of all coronavirus infections to date have contributed well above 50% to the world’s GDP, putting the world at risk of entering a recession, a leading SA economist told a virtual conference for financial advisers this week.

Stanlib economist Kevin Lings said economic data coming out in the next few weeks and months is going to look “horrendous” and there will be a significant pullback in performance.

This is no longer just a negative quarter or two for Europe, but potentially a recession in the US, which means a global recession for the year as a whole, he said in a video presentation that will be distributed this week to some 1,700 advisers who were due to attend this week’s Investment Forum.

Attendance of the conference was cancelled at the weekend ahead of the anticipated travel and meeting bans as the coronavirus spread in SA, but some 25 asset managers, including a number of managers from the UK and the US have or are recording their presentations, which are to be distributed to the delegates through Asset TV.

Lings said in his presentation that the key will be to see how quickly Europe and the US, which was initially slow to react, can get the virus under control. If the virus goes big in the US, there will be a global recession, he says, adding that, already, numbers coming out of China, the world’s second-largest economy, are not looking good and the Asian giant’s first quarter GDP will be negative. 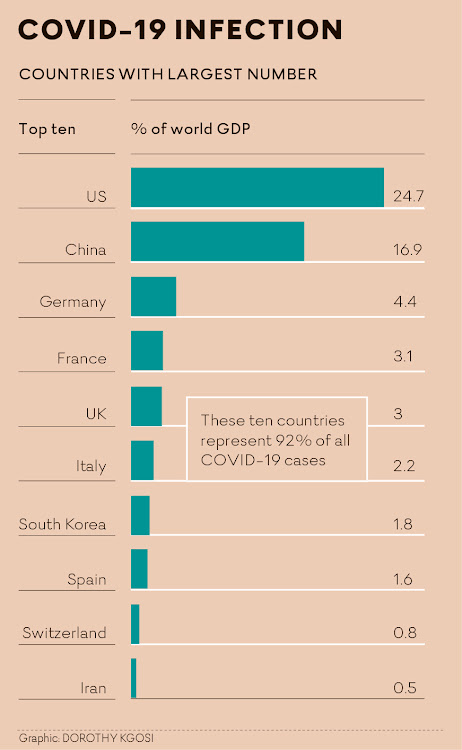 There is also concern about re-infection as workers return to work — although it seems unlikely, there is, as yet, no definitive data to show you can’t get the coronavirus again, Lings said — and in the absence of a vaccine, all countries can do is lock down, but isolating people and banning travel effectively pushes economies into a recession.

The stock sell-off is indiscriminate and managers are now 'swimming' in quality assets that were trading below their fundamental values.

Investors, as you would expect, are selling shares on listed stock exchanges and other “risk assets” and instead buying what the world — rightly or wrongly — regards as the safest asset in the world: US government bonds,  indicating that they trust the dollar and the US government the most, Lings said.

This huge move into US treasuries has caused the US 10-year yield to move well below 1%, its lowest level yet.

Monetary authorities are responding with fiscal stimulus packages — interest-rate cuts and quantitative easing in the US in an attempt to cushion the negative effects of the virus.

The infection rate in SA is nowhere near that in Europe, but President Cyril Ramaphosa felt the rate of infection required travel bans and bans on gatherings in SA. This will cause SA’s GDP to remain negative for at least another quarter, but trying to delay implementing the lockdown will just make the situation a lot worse, Lings said.

None of the economic indicators in SA look good — SA exports were negative all of last year in dollar terms and will likely remain negative this year with the global economic slowdown, Lings said.

In February’s budget, the shortfall in government revenue, now for the seventh year, was set at R63bn.

The massive growth in government spending, particularly on salaries, grants, corruption and bailouts for state-owned enterprises (SOEs) is not sustainable as the government’s debt has mushroomed to 70% of GDP — 90% if you include the SOE debt, according to Lings.

Although containing government salaries will restrict growth a little bit in the short term, it is the right measure to try to get SA’s finances to look better, he said.

However, this does mean the government is not in a position to do a huge fiscal stimulus as other countries are doing in response to the crisis. All the government can do is provide some kind of safety net.

While Lings had dire warnings about global economic growth, fund managers at the conference spoke calmly about the opportunities that were arising as a result of the sell-off. Many admitted that economies would be severely impacted and that market sell-offs on news of the spread of the virus and the lock-downs were brutal.

You may feel like you need to take extreme action with your portfolio to avoid the short-term pain, but keep a long-term perspective instead of focusing on your emotions.

However, they equally expect recoveries will follow — although these may take some time — and those who are positioned correctly will be able to benefit.

Karl Leinberger, chief investment officer for Coronation, noted that the sell-off is indiscriminate and that managers are now “swimming” in quality assets that were trading below their fundamental values. Snapbacks from such extreme levels are typically “dramatic”. Investors prepared to play the long game are likely to benefit from this, he said.

Pieter Koekemoer, head of retail at Coronation, said that in times of crisis it pays to remember your financial plan and not to truncate your investment time horizon. You may feel like you need to take extreme action with your portfolio to avoid the short-term pain, but keep a long-term perspective instead of focusing on your emotions. It’s easier to remain anchored if you have a good plan.

Lings said he hopes the government will put something in place through the banking system to assist small to medium businesses. Larger corporates have the ability to ride out the crisis because they have larger cash holdings, but with business confidence low, they are unlikely to spend until the outcome of the coronavirus is clear.

SA consumers remain under pressure with household income growing at just 1% last year and the economy losing over 100,000 jobs. This has led to retail sales experiencing the worst year in a decade.

The only mildly positive news is that the inflation rate is under control and should stay that way with the fall in the oil price being greater than the fall in the rand providing a net gain. Consumers are likely to see a reduction of R1.75 a litre next month.

The Reserve Bank will be compelled to cut interest rates when they meet on March 19 and Lings said he would not be surprised if they cut rates by 50 basis points. He also said it would be very harsh if Moody’s downgraded SA bonds to junk status on the back of the coronavirus when the ratings agency reviews SA’s status on March 27.

* This article first appeared in our sister publication BusinessLive.

'The coronavirus is making my investments lose money!'

The chaos on financial markets are causing concern about pension funds and other investments as some people are fast approaching retirement.
Business
2 years ago

There are many safe and sound ways to grow small amounts of money over time.
Business
3 years ago

Credit can be a great enabler when building wealth, but when it’s used recklessly, the consequences are disastrous.
Business
2 years ago
Next Article