Court kicks out e-mail as last will and testament

Signed, dated will essential to ensure your assets are distributed as you wish

A Western Cape woman is taking a high court decision on appeal after her application was turned down to have an e-mail, written by her deceased partner, declared as his last will and testament. 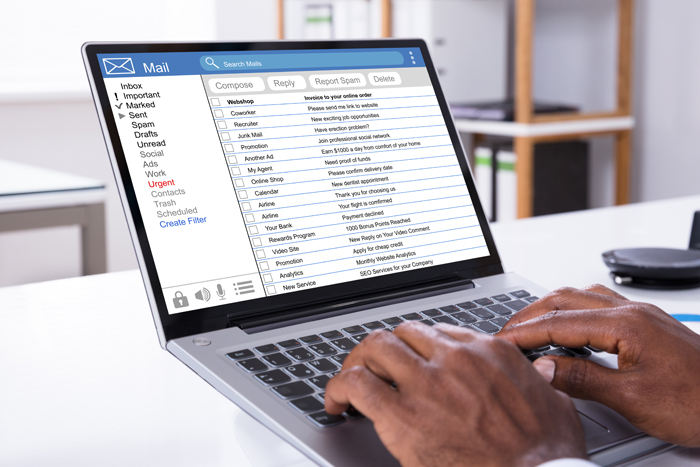 Relying on an e-mail or an unsigned handwritten note to serve as your last will and testament can be a tricky and legally expensive exercise for your heirs. Picture: 123RF/RAWPIXEL

A Western Cape woman is taking a decision of the Western Cape High Court on appeal after it turned down her application to have an e-mail, written by her deceased partner, declared as his last will and testament.

David Thomson, senior legal adviser at Sanlam Trust, a division of Sanlam Personal Finance, said the deceased man had a will in place in which he left everything to his ex-wife. However, he and his partner, with whom he was in a permanent relationship, had discussed the need for him to update his will.

Before his death in 2016, he sent his partner an e-mail which expressed that he wanted to leave his entire estate to her.

When the will was lodged with the master of the high court, which is the standard procedure for all estates, the master rejected it for not being a legally executed will, says Thomson.

The partner took the matter to court and the court refused her application to condone the document because it was not satisfied that the man intended the document to be his will. The judge said that the e-mail was merely an expression of his wishes and that he still had to get around to executing a will with a professional.

In another court case the deceased left a handwritten suicide note that also stated what he wanted to happen to his property and some of his possessions after his death. Although the note was unsigned, was not witnessed and did not specifically state it was his will, the court accepted the document as his last will. The administrator of his estate then distributed the assets according to the instructions in his suicide note.

But, warns Thomson, relying on an e-mail or an unsigned handwritten note to serve as your last will and testament can be a tricky and legally expensive exercise for your heirs.

There are just as many cases where an unsigned document, for various reasons, has been held by the court not to be a will, he says.

There is no guarantee that all heirs or potential heirs will agree that what is written on the unsigned note or e-mail represents your last wishes.

In another case, the court condoned a computer-typed note that had not yet been printed or signed, as being a legal will.

But, if there had been a valid executed will lying around in which different people might have inherited, there may well have been a fight in court, says Thomson.

Not having a properly executed will in place is a huge risk for your heirs, he says.

Heirs who want to rely on a handwritten note or e-mail will have to approach the high court, which involves appointing an attorney and an advocate, and they will need to prove that you intended the document to serve as your last and final will.

While the courts have been flexible in condoning documents that do not meet the requirements of the Wills Act, it can be a long, expensive legal process for your heirs and prospective heirs if you do not leave behind a correctly drafted will. “And the court process can put the winding up of your estate on hold for some years,” says Thomson.

Also, says Thomson, there is no guarantee that all heirs or potential heirs will agree that what is written on the unsigned note or e-mail represents your last wishes. This is especially the case if they are not in line to inherit but would, for example, enjoy an inheritance from a previous valid will or stand to benefit when the law of intestate succession is applied (the law that applies where no valid will is left).  They may fight a court application to declare these documents valid, he says.

How to ensure your will is legally valid

Any document that does not strictly comply with the Wills Act, which spells out the format and signature requirements, is not regarded as a will.

According to David Thomson, senior legal adviser at Sanlam Trust, a division of Sanlam Personal Finance, the Wills Act specifies that a will must be written, either by hand or typed by the creator of the will, referred to as a testator or testatrix. As the creator of the will, you are required to sign at the end of the document and if there is more than one page, you need to sign each page, anywhere on the page.

Any heir or potential heir who signs your will as a witness will automatically be disqualified from inheriting under your will.

While the Wills Act does not require witnesses to initial each page of the will, Thomson says, it is recommended that they do so to ensure that pages are not fraudulently substituted. The legislation also does not require that you date your will, but it is a good idea to do so to distinguish wills made at an earlier time from your last will, he says.

Any heir or potential heir who signs your will as a witness will automatically be disqualified from inheriting under your will, he adds.

If you are unable to sign your will, due to a physical impairment or because you are illiterate, the law allows you to make a mark or a thumbprint, or have somebody else sign on your behalf. A commissioner of oaths must then certify your mark or thumbprint or that you were present when the person signed on your behalf and that they did so with your full knowledge and acceptance, Thomson says.

A will ensures your assets remain with the chosen ones

Home is where the heart is, and when homeowners die without a will, it leaves many families in quandary.
Business
3 years ago

Protect your assets and loved ones
Good Life
4 years ago

The only time you can be saddled with your indigent parents’ debts is if you had signed as a guarantor or co-signed for any asset or debt.
Business
3 years ago
Next Article