Having a will can help avoid the financial headache

The only time you can be saddled with your indigent parents’ debts is if you had signed as a guarantor or co-signed for any asset or debt. 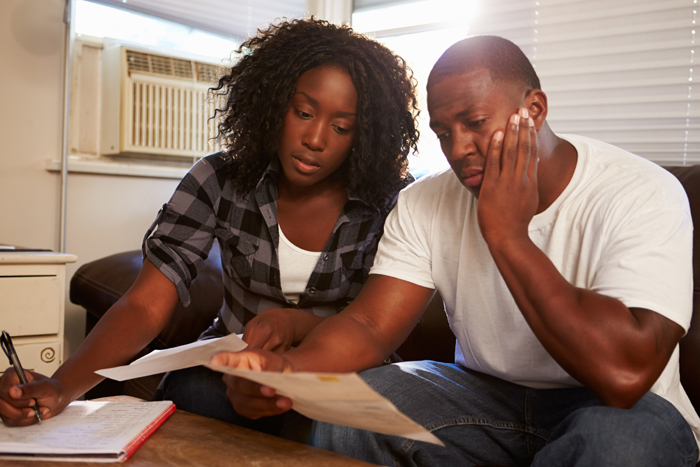 The single biggest problem in deceased estates is that there isn’t enough cash. Picture: MARK BOWDEN/123RF

You may be worried about being saddled with your parents’ debts on their death, especially if you’re in the “sandwich generation”, where you support both your children and your parents.

The good news is that if your dependent parents are poor and have no assets, their debts will die with them. You can’t be burdened with their debt. It has to be written off. But if they have assets, such as a home or a car, these will be sold to cover their debts when they die, leaving you – their heirs – with little or no inheritance.

“Creditors will always get paid first, before beneficiaries of a deceased estate. Only once all debt has been settled from the estate – which can take months, and sometimes years – the balance of funds will be distributed to the deceased’s heirs, according to their will,” says David Weare, the franchise principal at Momentum Consult.

The only time you can be saddled with your indigent parents’ debts is if you had signed as a guarantor or co-signed for any asset or debt. In such a case, you can be held responsible for the balance owed on your parents’ debt, Weare says.

If a deceased parent has a life policy and has nominated beneficiaries, the proceeds of the policy will not form part of the estate and therefore can’t be used to settle outstanding debt. The proceeds must be paid to the beneficiaries. But if the deceased parent did not nominate a beneficiary, the proceeds of the life policy will automatically be paid to the estate, Louis van Vuren, the chief executive of the Fiduciary Institute of SA, says.

In a deceased estate, if you don't find a buyer within a reasonable time, a public auction is sometimes the only way forward.

Louis van Vuren, the chief executive of the Fiduciary Institute of SA

It’s useful to nominate your estate as the beneficiary of your life policy if you don’t have a substantial sum of money in the bank to cover outstanding debt and the cost of dying, such as funeral costs and any taxes owing. Your estate may be liable for estate duty and capital gains tax (CGT), and although there are exemptions, Van Vuren says it’s not uncommon for middle-class people to have a CGT liability on death.

Financial planners typically advise you to always nominate a beneficiary, but this creates problems if there’s insufficient cash in the estate to pay debts and costs, he says. In such a case, the executor is left with no option but to sell assets to pay creditors.

“The single biggest problem in deceased estates is that there isn’t sufficient cash in the estate, and nothing delays the finalisation of an estate more than a cash shortfall,” he says.

The cheapest way to address this is with a life policy that will pay cash into the estate, Van Vuren says.

The sale of assets to cover debt and costs is less efficient than using cash, Van Vuren says. “It’s a forced sale. In a deceased estate, if you don't find a buyer within a reasonable time, a public auction is sometimes the only way forward.  Selling assets results in extra costs, and there could be CGT implications.”

Weare says that to avoid financial complications for your estate and your family, have a will in place stipulating exactly what your wishes are regarding your assets and debt.

“If you have any assets that still have debt attached to them, such as a home loan, ensure that you have the correct cover in place to cater for the outstanding debt, so that in the event of your passing, the debt is paid off and the asset then forms part of your estate with no debt attached to it.”

He recommends meeting with a financial adviser for a detailed financial needs analysis. This will highlight shortfalls in your financial planning that can be addressed while you’re alive and give you peace of mind that your family will not have to deal with any of your debts.

Truth pays when it comes to insurance claims

Official figures show the life insurance industry turned down over 5,000 claims worth more than R1bn, mostly because of nondisclosure or ...
Business
3 years ago

Pension fund trustees must decide how to allocate any death benefits from your fund equitably among your dependents and those you list as nominees.
Business
3 years ago

Most consumers who have credit life insurance don't know what it is, what it costs them, or where to find their credit life policy.
Business
3 years ago
Next Article