Court judgments could, however, place further strain on property market 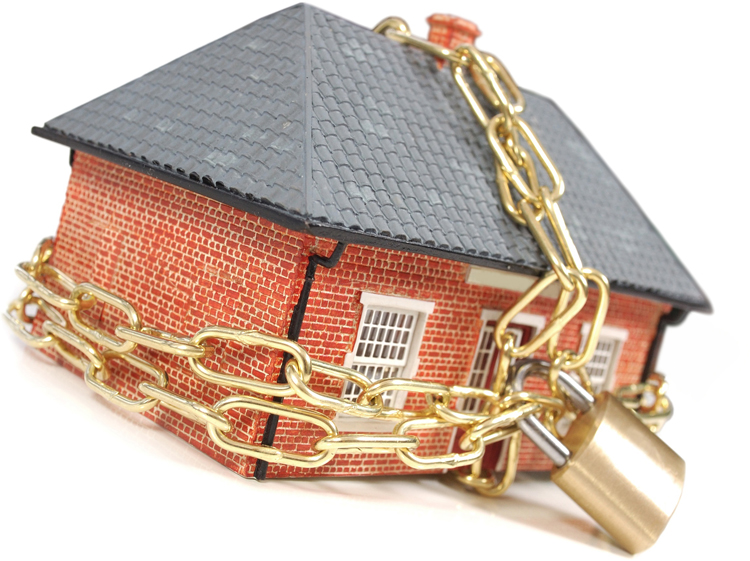 Two precedent-setting High Court judgments have sent a loud signal to the credit industry that they will no longer allow sales in execution (where a property is taken by the bank and sold at auction) without a reserve price being set by the court.

With this the courts have called a halt to the iniquitous practice of repossessed properties being sold at auction for far below market value, which often leaves consumers homeless and sometimes still saddled with bank debt after their homes are sold.

Up to now banks have typically put properties on auction to be sold to the highest bidder for any price regardless of whether they recovered what was owing to them. This opened up a can of worms in which property speculators, who buddied up to sheriffs and auctioneers, were alerted to bargain properties coming onto the auction market.

In one of the worst cases of its kind, the Cape High Court this month heard of Mrs M whose husband purchased the family home with a bank loan for just under R39 000 in 1989. The property was later sold in execution on auction and bought for R10 and Mrs M was evicted from her home.

According to court papers, another danger of properties being sold below their market value is that the amount the bank receives from the auction sale may be lower than the outstanding loan balance. The Cape High Court heard of the case of Mr M where his bank sold his house for R18 000 on auction and pursued him for the outstanding loan of just under R15 000.

The Cape High Court case involved six incidents of foreclosure by Standard Bank, one from Absa and another from SA Home Loans.

While none of the homeowners who lost their homes filed papers, the court heard evidence from the Lungelo Lethu Human Rights Foundation, a community-based advice office which was admitted as a friend of the court to provide information and context to the problems faced by homeowners, many of whom involved the poorest of South Africans.

The Cape High court judgment set a precedent in the Western Cape as it binds every judge that will hear future applications for sale in execution to its principles. But, the South Gauteng High Court in Johannesburg in September also came to a similar conclusion on reserve prices which sets precedent for that province according to Alexandra Ashton, a lawyer from the Legal Resources Centre.

Ashton, who represented Lungelo Lethu in both provinces, said many South Africans who had lost their homes had been unaware of the legal action taken by the banks because the sheriff of the court nailed the summons to the door of a property or left it with a neighbour.

In one of the worst cases of its kind a property was sold for R10 in execution on auction and the homeowner evicted from her home.

Now, the Cape High Court clarified the terms of the Uniform Rules of Court – which apply to legal servings throughout South Africa – that the sheriff has to service notice of summons on a debtor by personally handing over the document and additionally, explaining what it is about. If a sheriff is unable to personally serve summons, for some reason, a lender has to go back to court to ask for new direction serving the summons before a sale in execution can take place, Ashton said.

Another key ruling of the Cape High Court is that courts now have the power to postpone granting a sale in execution application by a bank where the outstanding amount on a home loan is relatively small. In these instances, lenders must try to negotiate with the homeowner before applying for permission to sell the property on auction.

According to Robert Krautkramer, a director at Miltons Matsemela, the Constitutional Court has, for example, also ruled that homeowners who are in arrears with their loans may reinstate their loans once they catch up on their arrears even after a bank obtains judgment, and before the house is sold on auction.

However, while these judgments give the consumers more muscle, they are not without implications for the granting of home loans by banks.

The setting of reserve prices does not bode well for the banking industry and may result in even tighter lending criteria, such as the need for a borrower to get a surety to stand in as additional security, just in case the bank is unable to persuade a court to allow it, to sell the property in future, he said.

In turn, this would place further strain on the current property market, where stock appears to be ample, but buyers few.

It should also be borne in mind that in addition to the purchase price, the buyer of the auctioned property must also pay arrears that may be owing on a municipal account. Such arrears are common place when properties are sold on forced auction, and can easily run into hundreds of thousands of rands.

On top of this the buyer must pay 10% auctioneer’s commission, plus VAT. If a property is therefore to be sold at a reserve price which “resembles market value”, the buyer is likely to end up paying far more than if the property were bought normally.

This may dissuade many property speculators now from buying properties on forced auctions which has an implication for the ability of banks to unload properties that it has repossessed, he said.

Load shedding: Are you properly covered?

Load shedding is not only an inconvenience, but it can cost you dearly. If you are not sufficiently covered for damage to equipment because of load ...
Business
3 years ago

Cut out those small expenses, they add up

We often don't give much thought to the small expenses we incur over the course of the month as we regard them as insignificant amounts or see them ...
Business
3 years ago

A guide to financial planning in your 20s: Where to start?

Getting started on planning your personal finances is an overwhelming task. Apart from feeling totally clueless, it's difficult to know where and how ...
Business
3 years ago

Not all credit is equal.
Business
3 years ago
Next Article