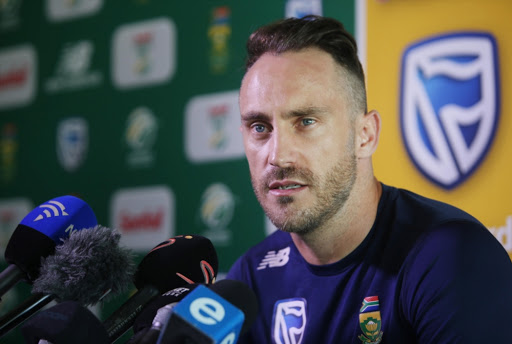 They said it‚ we recorded it‚ and here they are — cricket’s best quotes of 2018.

“It would be awesome if I was a little bit more talented.” — Dean Elgar said after being hit on helmet‚ twice‚ and several times on the gloves in the course of taking almost six hours and facing 240 balls to score an unbeaten 86 in a losing cause against India on a vicious Wanderers pitch.

“We feel with our seam resources‚ on a wicket that has some pace and bounce‚ we can exploit … areas in their batting.” — Pproteas captain Faf du Plessis explains why South Africa ordered mean‚ green pitches for the India series.

“It’s going to have to stop. I can’t keep doing this because I’m letting the team down and I’m letting myself down.” — Kagiso Rabada‚ in the wake of shoulder-charging Steve Smith at St George’s Park.

“I’m not proud of what’s happened. It’s not within the spirit of the game. My integrity‚ the team’s integrity‚ the leadership group’s integrity has come into question and rightfully so. It’s certainly not on and it won’t happen again‚ I can promise you that‚ under my leadership. It was a poor choice and we deeply regret our action. I’m embarrassed. I know the boys in the sheds are embarrassed as well. I feel for [Cameron Bancroft] as well. It’s not what we want to see in the game. It’s not what the Australian cricket team’s about. Being the leader of the team I’m incredibly sorry for‚ I guess‚ trying to bring the game into disrepute the way that we did today.” — Steve Smith after the Newlands ball-tampering plot was exposed‚ and before he was sacked as Australia’s captain.

“I saw an opportunity to use some [sticking] tape‚ get some granules from the rough patches on the wicket and try to change the ball’s condition. It didn’t work‚ the umpires didn’t change the ball. But once I was sighted on the screens and having done that‚ that resulted in me shoving it down my trousers. I want to be here because I’m accountable for my actions as well. I’ve got to live with the consequences and the damage to my own reputation that that comes with. I sit before you today and I’m not proud of what’s happened at all.” — an apparently contrite Cameron Bancroft lies during his apology for ball-tampering where he used sandpaper and not tape.

“In the back of my mind I suppose there is a tiny ray of hope that I may one day be given the privilege of playing for my country again‚ but I am resigned to the fact that that may never happen.” — David Warner‚ the mastermind of the ball-tampering plot‚ on his return home.

“Geez Davey! This celebration is the equivalent of Sir Ed Hillary giving it large climbing his front steps‚ post Everest!” — Brendon McCullum takes exception to Warner’s celebration after he scored a century on his return to the game in a Sydney grade match.

“I want to let you know that I have retired from all international cricket with immediate effect. After 114 Test matches‚ 228 one-day internationals and 78 T20 internationals‚ it is time for others to take over. I’ve had my turn and to be honest I’m tired. It would not be right for me to pick and choose where and when‚ and in what format‚ I play for the Proteas. For me‚ in green and gold it must be everything or nothing. It’s not about earning more somewhere else. It’s about running out of gas and feeling that it’s time to move on. Everything comes to an end.” — AB de Villiers shocks the cricket world by announcing his retirement from the international stage.

“I know he’s your captain but you can’t seriously like him as a bloke.” — Tim Paine‚ talking to Murali Vijay about Virat Kohli‚ proves he’s a real Australian under all that niceness.

“It will be nice to get someone in at first slip who can actually hold on to a few. Who knows how many wickets I could have got if he could catch?!” — Alastair Cook’s good mate James Anderson on the occasion of the former England captain’s retirement.