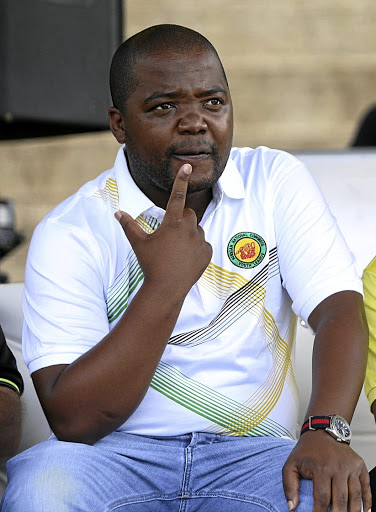 Two of the three potential candidates for the ANC Youth League (ANCYL) presidency have called for constitutional reforms to allow their president to serve both in the party and government.

Another contender has even called for the establishment of a youth ministry by President Cyril Ramaphosa, which will be led by the youth league president, to cater for young people's issues, the same way a ministry of women is located in the presidency.

The ANCYL is expected to hold an elective conference before the end of the year to replace the national leadership led by president Collen Maine and Njabulo Nzuza. The two leaders and many other youth league national executive committee (NEC) members were sworn in as MPs this week.

National Youth Development Agency (NYDA) board chair Sifiso Mtshweni and another contender for the league's presidency, MP Collen Malatji, say the precedent already set by former youth leaders was no longer practical and was limiting the role of the league in influencing government policies.

However, KwaZulu-Natal youth league secretary Thanduxolo Sabelo differs from the two, and insists the role of ANCYL president must remain as a full-time position alongside that of secretary-general and treasurer-general.

"You can't be a president of the youth league if you are serving full time somewhere [else]. But there's nothing that stops anyone from running for the position. The position is full time at Luthuli House, and therefore whoever wins at the conference will be full time," said Sabelo.

The provincial secretary also gave an example of Malusi Gigaba, claiming that the former minister of home affairs was "recalled" from Cape Town, where he served as an MP, to Luthuli House after he was elected league president.

Sabelo confirmed he was still in the running for the league's presidency, and said they were waiting for the ANC to release information about the details of the conference.

Still in the trenches for SA youth

Mtshweni confirmed he was also in the race after being approached by various structures of the youth league in the Western Cape to contest for the post.

The NYDA board chair said he does not believe that he would have to resign from his post in government if he was elected president. This, he said, was because the post was not full time, according to the league's constitution.

Mtshweni used the examples of Gigaba and Fikile Mbalula, whom he said were allowed to serve as MPs and deputy ministers during their tenure.

"The only full-time position in the youth league is the treasurer-general and secretary-general," he said.

Mtshweni said those who were going to argue the principle of precedent will have to seek guidance from the NEC.

"The NEC will decide what will happen to the new president because the structures have already articulated themselves, especially on deployments to the NYDA in the case of Andile Lungisa. He was allowed to serve as both deputy president and NYDA chairperson," said Mtshweni.

Mtshweni said he was not worried that he would be forced to choose between his position and being president of the youth league because he has already served two years of his three-year term.

"By the time the conference sits, my term should have elapsed. So there would not be a need for me to step aside if I get elected," said Mtshweni.

The NYDA chair confirmed discussions among ANCYL members suggesting the next youth league president must be part of government.

Leaders seeking to be in the top leadership of the ANC Youth League must include a mixed bag of all age groups.
News
3 years ago

"Young people are saying there's a need for a youth ministry which, for strange reasons, does not exist in SA."

Malatji, the youngest ANC MP at 25, said it was time the youth league took responsibility for governing.

"Gone are those days [when] young people sat at Luthuli House and just [spewed] rhetoric. They must be implementers and take responsibility for their own future," he said.

"The constitution can also be amended at the conference if it becomes an obstacle in realising this mission."