Still in the trenches for SA youth 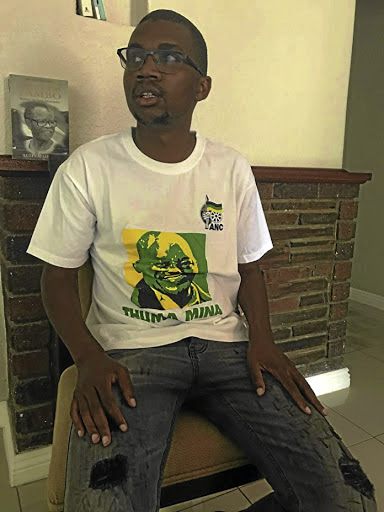 Ex-Cosas president Collen Malatji is likely to be an ANC member of parliament.

Collen Malatji believes that parliament is aging and needs young people to run it.

Malatji, 26, from Germiston in Ekurhuleni, is the youngest candidate and number 18 on the ANC Gauteng list that will be submitted to parliament.

"I highly appreciate that I am one of the youngest on the ANC parliament list. This is an opportunity to prove that young people can responsibly run this country. That won't be new to me as I am already one of the young ANC leaders in the country," he said.

Malatji is a former Cosas president, M&G 200 influential young people in SA 2018, City of Ekurhuleni 100 shining stars 2019 and currently the ANC branch chairperson and ANCYL convener of Ekurhuleni. "Having a young leader means that it will be easy for the youth to take part in government matters. There is nothing that will stop the youth from voting if they see someone they can relate to."

Malatji, who lost his parents at a young age, got into politics 13 years ago.

Malatji said he still feels pressure from people who thinkhe was not ready to lead.

"I always tell people that I am not new in politics and I know what I am doing. Young people should continue to fight to be included in decisions that govern society. They should never be comfortable in societies that do not support their growth," he said.

During his term as Cosas president, Malatji headed a campaign to promote pupils' access to technology.

His name has also been put in the hat by a number of provinces to contest for the youth league presidency in September.

ANC members were attacked and injured on Sunday while conducting a door-to-door election campaign in the Lindelani area at KwaDukuza, north of Durban.
News
2 years ago
Next Article