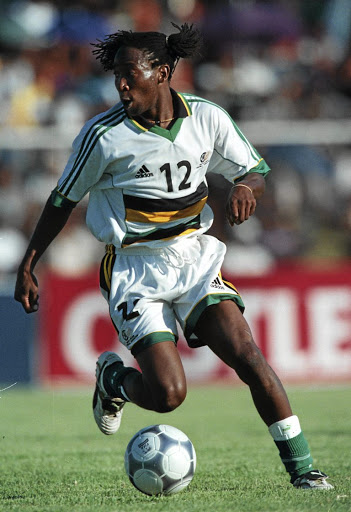 Former Bafana Bafana midfielder Godfrey Sapula has asked the country to pray for him so he can successfully exorcise his gambling demons.

Sapula, 45, opened up to Sunday World about his recurring gambling problem after some of his colleagues at Mamelodi Sundowns, where he is a youth coach, noticed a change in his behaviour and informed the newspaper.

The retired talented player, who played for Jomo Cosmos, Orlando Pirates, Mamelodi Sundowns and Turkish side Ankaragücü during his illustrious career, said he had been living in the gambling hell since 2012.

He said he drained some of his bank accounts after being introduced to the gambling world by a friend and team-mate who had initially invited him for a late lunch at Gold Reef City casino.

He claimed that he had never attempted gambling in his life before and it was the first time he had an encounter with the slot machines when his friend placed his bets.

The God, as Sapula was affectionately known to his teammates and fans during his playing days, said after standing next to his friend attentively for a few hours, he then tried his luck using a few coins given to him by the friend.

"A few months down the line, we went again and I then started using my own money. I was very eager to learn and I kept on winning.

"That's the thing with gambling, you slowly get to understand the games and always hoping to win. That's how I got hooked to the life of gambling," he said.

He said he started "stealing a few minutes to quickly place a bet", which developed into hours and sometimes half a day as he slowly started to get addicted to the habit.

The academy coach said he then started searching for other gambling games apart from the slot machines and roulette at the casinos and he went for horse racing.

A regretful Sapula said he had started digging deeper into his pockets by 2014 and drained his bank accounts of whatever money he had.

"Symptoms of this 'disease' is that you start digging deep into your savings not realising that and always hoping to come out of that evil place with more money.

"But no, you don't gain anything. When you are addicted, you just want to feed this craving, almost like a smoker craving just a puff of cigarette or whatever they smoke.

"You also start having enemies because you take money from people and don't stick to the terms or the time you were supposed to bring it back.

"I hope that all who I owe read this article and realise that I didn't ditch them on purpose, maybe they'll understand and forgive me," said Sapula.

He admitted that he continued to neglect his loved ones including family and friends, spending tenths of thousands of rand to find satisfaction from each bet he placed and borrowing money from loan sharks.

His family encouraged him to attend rehab to help him tear away from his wager addiction in 2016.

He said he successfully followed the rules and stayed away from gambling for a while until his betting mates lured him back to it and he relapsed last year.

"I need to face this demon because denial is the biggest killer. I previously reported the matter to management and HR at work. They supported me through the process but now that I have relapsed, I would like the nation to support and pray for me.

Sapula said as a youth coach at Sundowns, he has won four tournaments, including an international one held in China.

"Five of the players I have been coaching since they were 17 are in SA's under-20 World Cup squad in Poland. I want to be a good role model for them," he said.

The minister of international relations and cooperation Lindiwe Sisulu has been dragged into a bitter legal battle involving her nephew Moyikwa ...
News
2 years ago
Next Article