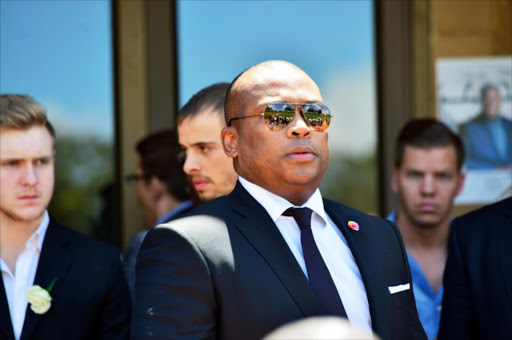 Superstar sportscaster Robert Marawa's sexual harassment claims will be exposed Monday if his former colleague delivers on her promise to tell all.

A day before he announced to his legion of 813k fans that he was unceremoniously fired via SMS on Thursday, Marawa took to Twitter with a curious tweet that read in part: "Imagine paying for a service, where people who r guilty of sexual harassment r employed and encouraged to work."

Marawa also retweeted several of fellow sportscaster Mmaphuti Mashamaite's tweets alluding to her ordeal at work. She revealed to Sunday World that she was sexually harassed by one of her bosses she called a "sexual predator".

Mashamaite, a trained lawyer and independent contractor, works as a sports presenter for the MultiChoice Diski Challenge Asidlali Games. She said she had relocated to Limpopo as a result.

"I'm now in Limpopo because I fear for my life. I'm with my lawyer and publicist and they are advising me on how to deal with the issue," she said.

Her plight was first exposed when Marawa retweeted her post about being harassed at work. She said she was planning a tell-all press conference tomorrow and will name the man she said has made her life a living hell at work.

Mashamaite had earlier tweeted she had been advised to keep quiet about her ordeal for the sake of her brand.

SABC board 'split' over axing of COO Maroleng

"What did I just read? I was painted as a loose goose, wild child ... just to cover for a sexual predator at work. I had three mental breakdowns soon after. I got less bookings. I couldn't talk. I can't talk still. But I'm tired. Even if i never work in this industry again ..." 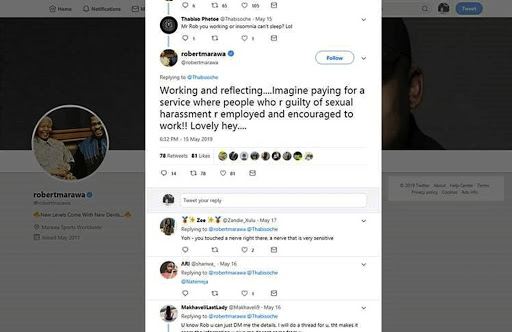 Mashamaite confirmed that she posted all the tweets. She also tweeted that she was ready to co-operate with the authorities to resolve the situation and said she laid a complaint with SuperSport.

This seems to have opened a can of worms with many wondering how Marawa's axing and his support of Mashamaite are linked. When asked for more details, Marawa tweeted he could not reveal more yet, only stating: "One day you will ALL know. It will cost my life but you will know."

SuperSport spokesperson Clinton van der Berg could not comment about the tweets and whether the two cases were linked. "These are personal contractual issues, we can't divulge the details," he said.

Van der Berg said he could not answer specific questions about whether Mashamaite had laid any complaints of sexual harassment against any manager or if the company had dealt with the complaint.

Marawa had not responded to questions sent to him at the time of going to print.