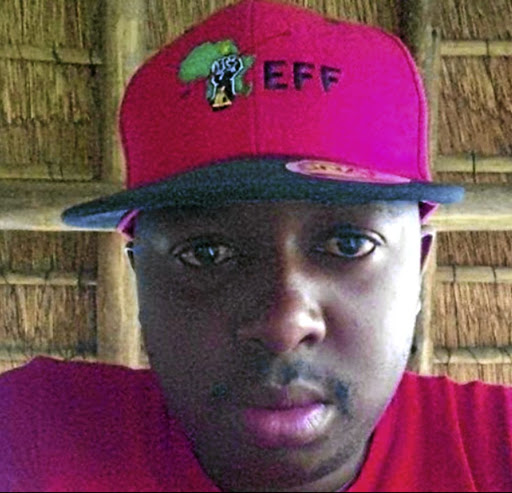 Brian Shivambu is being sued.

Rooplal filed the two applications at the Joburg High Court on Thursday and in them he sought an order to liquidate Brian's company Sgameka Projects and sequestrate him.

Rooplal, according to the court papers seen by Sunday World, said Brian had failed to service two loans his company obtained from VBS in 2016 and 2017.

In his first application, which sought to sequestrate Brian, Rooplal argued that the businessman signed as surety on behalf of his company for a loan of R4m.

However, Rooplal indicated that both the company and Shivambu had allegedly contravened the agreements signed with the bank after they failed to service the monthly instalments.

The papers show that Rooplal and the bank are gunning for R2.7m of the R4m loan advanced to Brian plus interest and legal costs.

"The claim arises from the respondent's obligations for having stood surety for the debts of Sgameka Projects... to VBS," reads the affidavit.

Brian's company, according to the papers, had agreed to repay the R4m loan over a period of two years.

However, according to the statements of account annexed to the papers, Brian allegedly defaulted on the repayments for nine months and was as of April 2019 in arrears of R1.7m and a total amount due to the bank was standing at R1.9m.

The same statement shows that the only transactions made on the company's loan account were mostly payments to other companies such as Architects Studio which received payments of more than R1m, all of which happened between January and February 2018.

Brian's company, the statement also shows, allegedly made a R1m payment to his other company Grand Azania on January 10 2018.

The papers further show that the bank alerted Brian of the arrears, urging him to settle them but said all its communication was allegedly ignored despite confirmation of receipt.

The DA-led City of Tshwane has pressed criminal charges against the brother of former mayor Solly Msimanga after he was allegedly caught on camera ...
News
2 years ago

The bank said it also served Brian with a letter of demand dated January 24 2019 through its lawyers Werksmans Attorneys, informing him about the arrears as he had signed surety for the loan.

However, it said despite him signing receipt of the letter, which it indicates was also sent to him via e-mail, Brian did not make payments.

The papers further show that another claim against Brain and his company relates to a R1.4m mortgage loan.

The bond was used to purchase an immovable property in Mindalore, Mogale City, where some of Brian's family members reside, the papers say.

For this loan, Brian's company was expected to pay a monthly instalment of almost R20,000 over 240 months.

However, Rooplal said in the papers that the company breached the mortgage agreement as it allegedly failed to make payments.

"In light of the above, the respondent is indebted to the applicant in the amount of R1,525,026,84, being the monies which remain overdue, owing and payable to the applicant under the mortgage credit agreement," reads the papers.

The bank said when alerted about the arrears through a letter of demand dated January 29 2019, Brain replied through his attorneys a month later and made an offer to pay R5,000 per month, commencing in March 2019.

The bank said by making an offer of a lesser amount than it was supposed to receive, it implied that Brian and his company were struggling to repay the alleged debt.

"The respondent's offer is three times lower than the initial instalment in respect of the loan agreement.

"It is evident that the respondent is struggling financially and most likely is incurring more debts to the detriment of its current creditors.

"In the circumstances, it is clear that the respondent is deemed to be, and in fact is unable to pay his debts...

"At this instance, it is submitted that the respondent falls to be wound up in terms of the provisions of the old companies act..," reads the papers.

Brian asked for written questions but had not responded to them at the time of going to print.

Rooplal said: "I confirm that papers were filed... because his accounts are in arrears and in defaults of the agreements signed with the bank.

"His offer was not substantial enough to pay the debt."