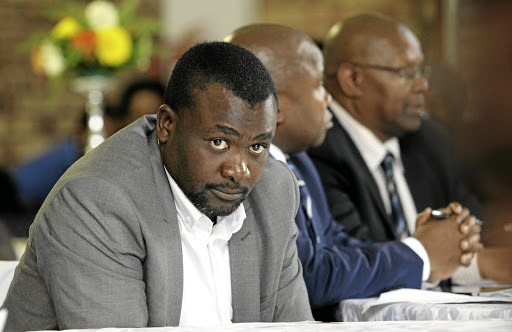 The sheriff of the court in Bolobedu has slapped the Modjadji royal house with a writ of execution to attach and auction off assets.

The assets are owned by the the Modjadji Traditional Council and its leader, regent Mpapatla Modjadji. This court action follows on the amount of R87 000 in unpaid legal costs emanating from a court order obtained by the subject over a land dispute.

The royal council was taken to court by the GaSeaphole community members under a Community Development Committee challenging the decision of the council and their headman Michael Moropene to extend local businessman Mohale Evans Maake's farm without allegedly consulting them.

The committee successfully interdicted the businessman's move to erect a fence on a land they considered to be grazing land for their cattle and were also awarded legal costs by the Polokwane high court in addition to their victory.

The community had argued that the permission to occupy (PTO) issued to the businessman was obtained illegally.

However, it appears from the papers seen by Sunday World that the royal council, represented by council member John Malatji and the headman Moropene failed to fork out the legal bill as ordered by the court.

Limpopo may have been compromised.
News
3 years ago

As a result of nonpayment, the community and their lawyers obtained a writ of execution from the court instructing the sheriff of the court to attach assets belonging to both the royal council and Moropene to cover the legal costs owed by the two.

"To the sheriff or his deputy, for the district of Letaba and Mopani, you are hereby directed to attach and take into execution the movable goods of the first, second, third and fourth respondents... and of the same cause to be realised by public auction the sum of R87 832.82," reads the writ of execution issued by the court dated October 8 2018.

All these items were said to be worth at least R50000 by the sheriff.

The sheriff states that on his arrival at the Bolobedu Tribal Offices on October 9 in Sehlakong village, he met with John Malatji, a member of the royal council and former spokesperson, to demand payment of the debt owed by the council.

"As Mr Malatji was unable to pay the judgment debt it was demanded from him to point out movable and disposable property which could be attached. The identified items are worth R30000.

According to the report, removal of the items identified was halted after the council filed an appeal.

It has later transpired that the council was not aware of the matter as they were not informed about the court application.

The Royal Council spokesperson, Phetole Mampeule said the council was shocked to learn about the sheriff's visit as they were not aware about the court proceeding.