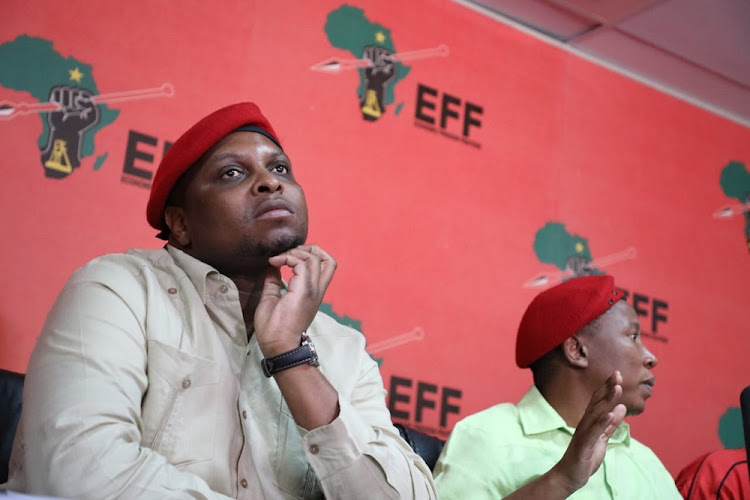 If there is proof that Floyd Shivambu has stolen VBS Mutual Bank money, he will be punished.

This was a promise made by the EFF leader Julius Malema on the allegations that Shivambu received, in his personal account, R10m from the looted VBS funds.

Malema said that based on their initial investigation, the EFF has no basis to take action on Shivambu, whom he made it clear he was not “scared of”.

He said that Shivambu produced his financial statements to the EFF leadership and “we cannot locate any money from the VBS” or Sgameka Projects.

Shivambu was reported to have received R10m from his brother Brian, whom a Reserve Bank forensic report revealed had “gratuitously” benefited over R16m from the looting that took place at the VBS Mutual Bank.

The 143-page report, drafted by advocate Terry Motau, revealed Shivambu’s brother Brian is among 53 people who benefited from the looting, to the tune of R1.8bn, that took place at the bank in three years.

A media report claimed that Shivambu, through a company Sgameka Projects, received R10m into his personal account. The money was reportedly directly linked to the 16m that his brother received from VBS.

Malema said the transactions between the Shivambu family did not raise any alarm as they dated as far back as 2014 when Sgameka only started doing business in 2017.

“The deputy president statement demonstrates such types of transactions amongst them as family as far back as 2014 because we have asked for statements as EFF officials from 2014. So that’s how they’ve been relating and we are satisfied,” said Malema.

“There are exchanges of monies from him to Brian, from Brian to him and not only from Brian to him, to his brother Lucky, to his parents. That’s how siblings exchange, apparently, things. I wouldn’t, I’ve got no siblings, I’ve got no parents to exchange money with. I can’t transfer to my grandmother, so I give her cash because she doesn’t have the facilities. Even if she had she doesn’t know how to read and write.”

Why is Floyd Shivambu’s brother, Brian, the face of the VBS Mutual Bank looting when he is not a public figure?
News
3 years ago

The EFF has reiterated that it has full confidence in its deputy president Floyd Shivambu who, through his brother, has been linked to the looting ...
News
3 years ago

Did the EFF benefit directly from the VBS Mutual Bank scandal?
News
3 years ago
Next Article