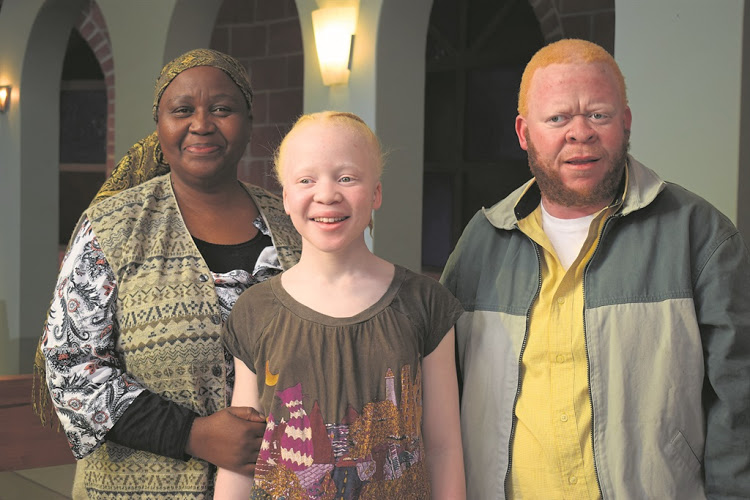 Actor and radio host Simphiwe "Bob90" Nxumalo is hoping to challenge stereotypes about albinism with his new role as Simon on Uzalo.

Nxumalo‚ who was born with albinism has been making serious moves on the theatre scene and recently joined the cast of the popular SABC1 soapie alongside actresses Keketso Semoko and Owethu Zulu.

Their story will revolve around the stigmas associated with the condition‚ including the selling of body parts which are believed by some to possess magical powers that can bring good luck.

Nxumalo said that after traveling the world he felt it was time for him to step up and play a role that had the potential to change society's thinking.

After a meeting with staff and crew late last week‚ the matter has been resolved.
Entertainment
3 years ago

"TV is a very very powerful medium. I am playing the role of every person with albinism out there and there is massive pressure that comes from that but I hope that I have represented well. I am trying to teach that people with this condition are people as well. There is no supernatural powers that we as people have. So‚ at the end of the day I want to teach people that anything they can do‚ I can do. It is just that my pigment is lacking a little more melanin."

Nxumalo said he was blessed to have been given several acting roles in the past but said in time he hopes to play roles on TV that do not revolve around his condition.

"The kind of role is not one that I would ideally like to play. I want to play a character that is not albino-driven. A character that it just there for a specific reason regardless of how they look. I would love to play a villain or maybe more comedy. So‚ if anyone is looking for an actor to do comedy‚ think of me."

Selby has also had a cameo role on SABC 1's Generations: the Legacy and more recently Uzalo.
Lifestyle
3 years ago
Next Article