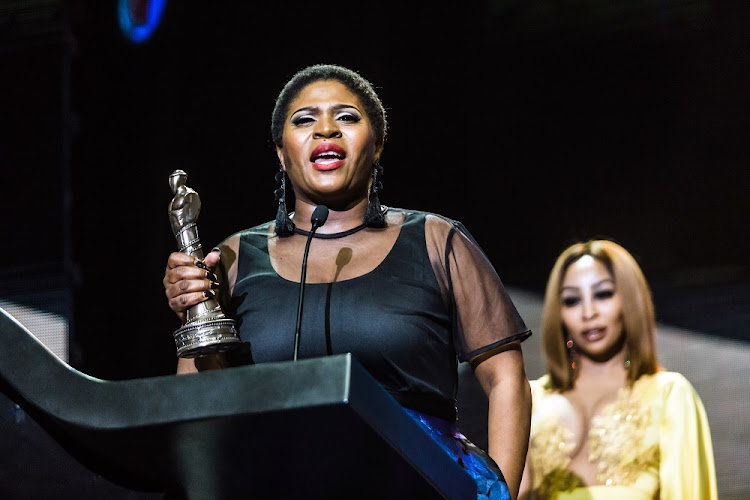 Even though Baby Cele is an award-winning actress and one of the most recognised faces in Mzansi‚ she still feels like she's constantly fighting to be respected and be paid what she deserves.

Cele is on cloud nine after winning The Best Actress award at the Simon Sabela Film and Television Awards‚ but she told TshisaLIVE that she recently had a run-in with a big name production over payment.

"What frustrates me the most about the industry is payments. You have to fight all the time. Recently‚ I felt so insulted. I received a call‚ and I won't mention names‚ but one of the producers got someone from their office to call me. They wanted me to join their soapie. It was a big name‚ and it was before Uzalo.

"When they told me the fee‚ how much I was going to get for three months work‚ it was appalling. I used to get that fee years ago‚ more than 15 years ago."

Cele said she felt disrespected because some producers‚ who were previously actors themselves and joined the industry with her‚ still offered her such low amounts.

Baby Cele on married life and moving to Durban without hubby

Cele waited three days before telling her husband she was moving to Durban to join the cast of Uzalo.
Lifestyle
3 years ago

She told them to where to get off.

"I think they are taking chances...it makes my heart bleed to see actors in this space‚" she added.

Cele got her big break with Mbongeni Ngema's Sarafina and ma said she wanted to follow in Mbongeni's footsteps and change the game.

"It gave new faces a chance. He respected everyone‚ regardless of who they were. He saw their worth. I am writing at the moment and want to open a production company to give people opportunities like I was given."

Cele has been racking up awards and accolades in her long career and said the secret to her success was love.

Cele was left shaken when she received news from her family that a group of thugs had broken into their house.
News
3 years ago
Next Article