Zola 7 back with new telly show 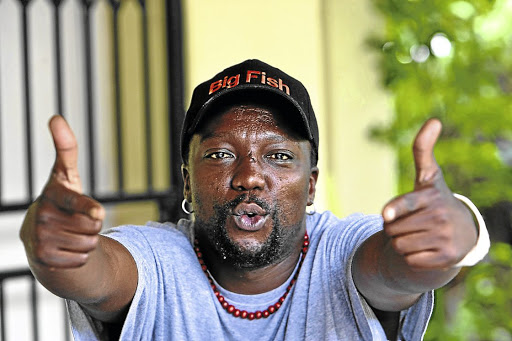 Bonginkosi "Zola7" Dlamini's fans must be delighted that he is back with a new TV show.
Image: Moeketsi Moticoe

Popular TV star and musician Zola 7 is set to make a major comeback to the small screen.

Sunday World can reveal that the Umdlwembe hitmaker has signed with DStv's new channel Moja Love to revive his old Zola 7 show whose sole purpose was to help young people realise their dreams.

This time Zola 7, real name Bonginkosi Dlamini, will host a show called Hope With Zola and like he did with the SABC1 show in the past, he is expected to help the needy.

Among the hot issues said to be tackled by Zola in his first season of the show includes youth unemployment, housing, community libraries and many other poverty alleviation interventions.

Sunday World understands that in his first episode, he will help a community in Gauteng build its first ever library to help instil a culture of reading and learning.

Zola confirmed that the show was in the pipeline.

Zola on 'absent' dads: Talk to your dad and find out his version

Zola 7 who recently reconnected with his father after years.
Shwashwi
4 years ago

"It's a new era for everyone who believes their existence contributes to the survival of others. We urge every single person to get involved in bringing a change we all want to see," he said.

Moja Love head, Jacqui Rainers-Setai, confirmed that the new black-owned channel had snatched the signature of Zola and said they were happy to have him join their team.

"Television audiences have been waiting and demanding that Zola come back to our screens for the past eight years and Moja Love has honoured that call. His work did not stop with the end of the previous series because he continued to work with the youth even when he was not on television," said Rainers-Setai.

She said the channel has signed a long-term contract with Zola and the deal will see them record a 13-part series.

The channel said the show could not have been complete without Zola, indicating that the star's previous work on TV made him a perfect candidate to be the presenter.

I am Back with a new show called Hope With Zola. Follow the page on facebook.
Show starts 2 October at 9:30pm
Moja love channel 157 pic.twitter.com/dt4fcaw5Wn