Fifi reinvents herself in new hits 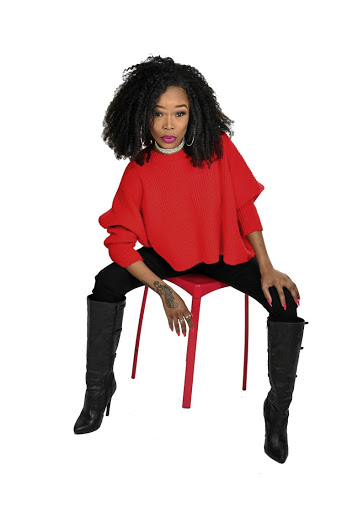 Fifi is free after a dispute with Ambitiouz Records. She has now released a new album.

After all the contractual disputes and high court drama, hip-hop star Fifi Cooper is finally free.

Born Refilwe Mooketsi, Fifi hogged headlines last year after Ambitiouz Records interdicted her from performing the songs she released under the company.

After Julius Malema offered to help her, Ambitiouz decided that the matter be settled out of court. The rapper had to drop the case she had opened against her former company in exchange for her freedom. Though she can perform her songs now, Ambitiouz still owns the copyright.

"I believed there is no way I cannot perform my songs. They are my work. Though I did not have money, I believed that something will happen. I did not see being helped by Julius but it happened."

Cooper, who is happy that the sad chapter has been closed, is back in the game with her second album Take Me Back. The 21-track album was officially released last week under her label MoCooper Records.

It comes two years after she left Ambitiouz. Now that she calls the shots, Cooper is able to work with all musicians she wanted to work with like Zola 7, Nomuzi Mabena, and vocalist Thabsie. She says this time she is controlling everything - from beats to producers.

The pint-sized musician started working on the album two years ago and she recorded about 40 songs. "This time I wanted to challenge myself because there are different sounds in the album.

"There is a Tswana traditional track and I have catered for trap fans with a trap song. I also have a gospel song. I always fuse whatever that is happening with who I am. That is what I did in this album."

Cooper feels that her second offering is balanced and exposes her maturity as a songwriter and vocalist. She says in the album, she raps in all songs and also sings. According to the star, the songs speak about love and people who love her.

Fifi Cooper: I am not an EFF puppet

Fifi Cooper may credit the EFF with saving her music career but the star has hit back at suggestions that she's indebted to them and is a puppet for ...
News
4 years ago

"I have a song that I wrote for my mom. There are songs where I am angry, talking about Ambitiouz and the power of gold. Zola also wrote me a chorus that I have turned into a gospel song called Stay with Me. He has been supportive and is like a big brother. With Stay with Me I am begging my fans to stay with me."

She says Take me Back will remind people of the original Fifi Cooper, the one they fell in love with. She says when she was with Ambitiouz Records, many people were confused by her music style.

"Some call me queen of trap. [But] I have always been Motswako's first lady. That is what I am. This is the person that my fans fell in love with."

Cooper says as much as the high court issue was very stressful and emotionally draining, she is not cursing it because it opened her mind about the music industry. She says she was kept going by prayer and composing music.

"I survived through prayer. I could really [not] afford senior advocates, it was stressful. My consolation was just to compose music because my studio is next to my bed. I can literally wake up at 3am and record.

"I am glad that the whole thing is over because it has been dragging and taking a lot of my time. The meetings with lawyers were just too much."

Cooper says all hell broke loose when the company wanted her to sign a contract for four albums. She says she realised that she was making money with shows but it was not coming to her.

Cooper believes education in the signing of contracts is crucial in the industry because there are hidden clauses.