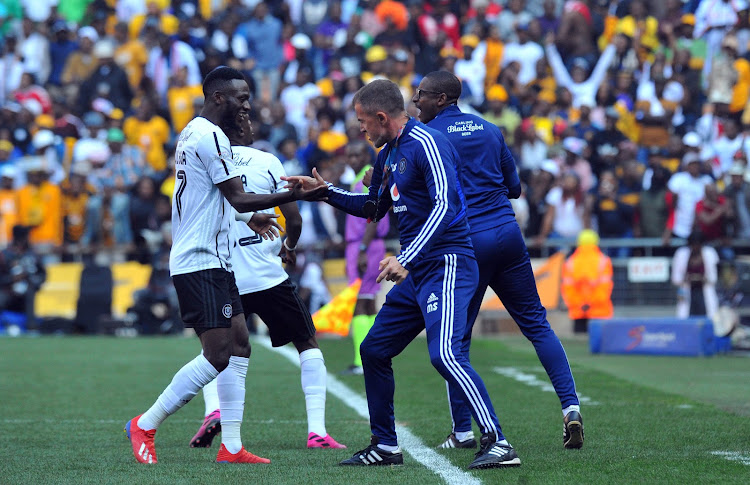 Orlando Pirates coach Milutin Sredojevic has not ruled out the club signing a centreback before the close of the transfer window on August 31.

Pirates are likely to see their defence as an area they can tighten quite significantly as they seek an added a 10 percent edge that can carry them over the line having been runners-up to Mamelodi Sundowns in the PSL for two seasons.

It seems a lot for a side challenging for the title‚ but Sundowns actually let in the same amount of goals‚ and scored four less than Pirates (40‚ to Bucs’ 44).

Pirates started the 2019-20 PSL season on a positive note with a forceful 3-1 win against Bloemfontein Celtic at Orlando Stadium.

But Celtic did miss some clear chances‚ and were able to open a rusty Pirates defence quite often.

Sredojevic said that Bucs will monitor their defensive performances‚ and whether they can operate efficiently with what they have‚ before making any decisions on perhaps bringing in another central defender.

“Our defence starts from the top because of the high press. Our defensive second line is our midfielders‚ and the last line is the defensive line‚” the coach said.

“We will patiently‚ going into the deepest details‚ have trust and confidence in our management that after our reports they have put the pieces in the mosaic bringing in new players.

“We shall assess in the days ahead of us‚ up to the end of the transfer window‚ and act accordingly. Because as a serious institution‚ if needs arise we shall act accordingly.”

Pirates made nine signings in the 2019-20 preseason‚ including two defenders‚ both left-backs – Bongani Sam from Bloemfontein Celtic and Tebogo Tlolane from Chippa United.

They did not sign a centreback‚ even though they released Brazilian Ciao Marcelo to Casa Pia in Portugal and sold Zimbabwean Marshall Munetsi to Stade Reims in France’s Ligue 1.

SuperSport opened their PSL campaign with a 2-0 defeat against Sundowns.