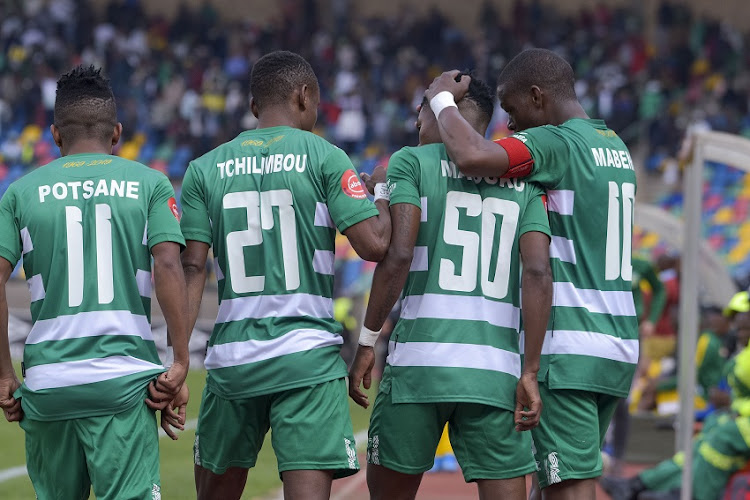 Bloemfontein Celtic earned their first victory of the 2019-20 Absa Premiership season in emphatic fashion, sweeping aside Lamontville Golden Arrows 5-0 with an exuberant attacking performance at Dr Molemela Stadium on Sunday.

Celtic had opened their PSL season with a 3-1 away defeat against Orlando Pirates where the scoreline flattered the Buccaneers. Particularly some swift movement by the Free Staters had troubled Bucs, as Celtic had missed chances.

They were not just more clinical against an Arrows whose defensive structure on the afternoon left much to be desired contending with Celtic’s sweeping attacks.

Siwele also clearly enjoyed themselves spreading the ball with authority, and ran rampant.

Celtic took the lead inside the first minute - after just 35 seconds - as Ndumiso Mabena found space for a run down the middle and, with options to pass from just outside the box, instead looked up and struck low and hard past goalkeeper Edmore Sibanda.

They made it 2-0 in the 13th, Menzi Masuku left free wide on the left to take the pass of Tebogo Potsane and cut inside to beat Arrows right-back Siyabonga Dube and strike low past Sibanda.

Celtic for a period seemed not to know quite what to do with such an awkward early lead. Siwele goalkeeper Jackson Mabokgwane had to pull off two good saves before the break, from Danny Venter’s looping deflected strike and then point-blank to stop substitute Knox Mutizwa from inside the area.

As Arrows could not capitalise, Celtic grabbed a third in the third minute of first-half injury time, prying the Durban team open with a counterattack that ended with the ball worked across the front of the box, Potshane teeing up Harris Tchilimbou on the left, who hit low past Sibanda.

Celtic continued notching the goals at the start of the second half. Mzwanele Mahashe got up above a defender from a 56th-minute corner for a powerful header past Sibanda, for the big centreback’s second in two games following a similar goal against Pirates.

The fifth came when, from a goalkick, Celtic won the second ball and Maloisane Ramasimong got the deft touch for Andile Fikilzolo to run through and scoop a finish.