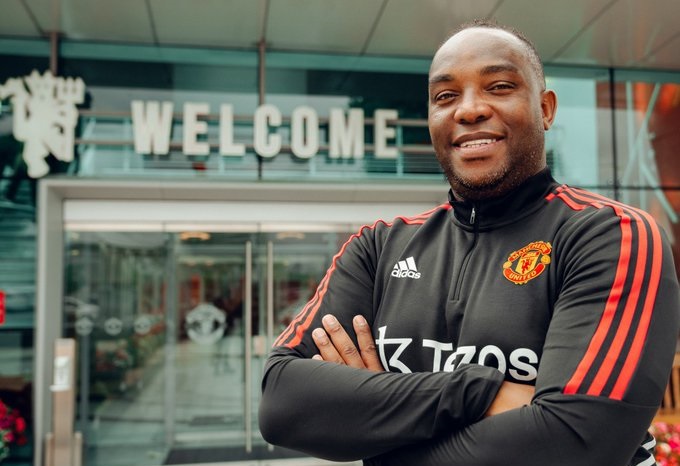 Bafana Bafana legend Mark Williams hopes the appointment of Benni McCarthy at Manchester United will be the start of African coaching penetrating Europe.

McCarthy was at the weekend unveiled as part of coach Erik Ten Haag’s new technical team, a move that created waves around the football fraternity both locally and abroad.

The 44-year-old has been made a striker coach at the Red Devils, the club he grew up supporting.

“To be honest, I don’t think the African coaches get the recognition they deserve,” Williams explained to Sowetan yesterday.

“I’m happy for Benni and now I want to see other coaches like Pitso [Mosimane], who has done everything in Africa, but people won’t remember him if he doesn’t go and coach in Europe.

“Look, it’s difficult to get in there, don’t get me wrong and we want to see black coaches coaching in the top five leagues in Europe. Now that Benni is there, they are opening doors for people to go.”

Williams, however, said he didn’t expect McCarthy to make a move to a big club like Man United now.

“I’m surprised to see him go to Manchester United. Yes, I didn’t expect that team. I thought he would go first to other teams,” he said.

“Sometimes as South Africans we need to respect people when they played abroad and want to coach. Benni was at Cape Town City and AmaZulu and did very well and people started questioning his work and said it was a fluke.

“But what they don’t understand is that Benni played internationally, so he knows about the game. He knows the mentality. He knows all the tactics and how it works.”

Meanwhile, McCarthy spoke about his move to the Theatre of Dreams and said he would help the young players to change their mindset to make a difference.

“How can you not be good when you are standing in the Theatre of Dreams? I’m just excited and happy to be here. Hopefully I am going to help these young players push and change the mindsets and really try and make a difference to United this season,” McCarthy told MUTV.

“The mentality around the club is completely different. It just brought something to lighten up what has been missing in the last few seasons and hopefully this season we are going to see a completely revived United with a hungry bunch of players and a team that is going to be able to challenge to get into the [Uefa] Champions League and change the dynamics of the Manchester City and the Liverpool [dominance].”

Kaizer Chiefs’ new forward signing Ashley du Preez displayed the kind of cockiness the club is perhaps looking for as they aim to utilise the ...
Sport
2 weeks ago

I’m no magician, Klate says as he Hunts mentor Gavin

With Chippa United known for firing coaches when results are not coming, Daine Klate insists he is not under pressure as he is not a magician and he ...
Sport
2 weeks ago

SuperSport United coach Gavin Hunt says Bernard Parker still has the same quality, which can help his youthful side as he moves closer to signing a ...
Sport
2 weeks ago

Maritzburg United have often flirted with relegation in the DStv Premiership, but going into the new season their head coach John Maduka says the ...
Sport
2 weeks ago
Next Article