Star joined Glamour Boys from Swallows on a four-year deal 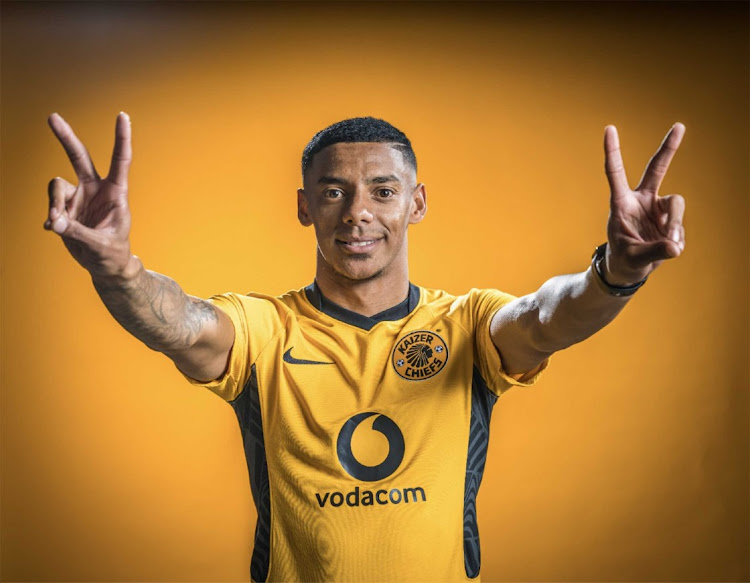 Kaizer Chiefs' new signing Dillan Solomons admitted that he was a bit anxious when Royal AM CEO Sinky Mnisi implied on a national radio station that there could be something sinister regarding his transfer to the club.

Solomons joined Chiefs from Swallows on a four-year deal in June and even though he did not sign a contract with Royal before he moved to the Glamour Boys, he insists he was still nervous.

This is because Swallows were understood to have agreed with Royal to sell three players, including the midfielder for R1.5m.

“Well, basically I knew where I wanted to be and I didn’t feel any type of way. I knew that it would blow over because I knew the situation that I was in,” Solomons explained to the media during the club season launch at FNB Stadium on Saturday.

“At that moment I was a bit nervous but obviously I knew that I didn’t do anything wrong or whatever I did was the right way.

Kaizer Chiefs hosted a squad and supporters interaction event at FNB Stadium on Saturday as the team looked to harness the feel-good factor of their ...
Sport
1 week ago

The 23-year-old feels the decision join the Glamour Boys was good for his career, and promised to do his best along with his teammates to help the club end their trophy drought.

“It was a big decision for me, so it took a lot of effort to try and get this deal done, but we worked hard and last season was a breakthrough for me,” he said.

“So this decision wasn’t easy because a lot of people dream about this and to get this opportunity means the world to me.

“I think there is enough experience to carry us. We call it a new age and we are working hard on maintaining the unity in the team. That’s very important to us. We don’t break the unity in the team at the moment and the spirit at the club at this moment is huge, starting with our youngsters winning trophies and it rubs off on us.

“Hopefully this season we will bring the glory back.”