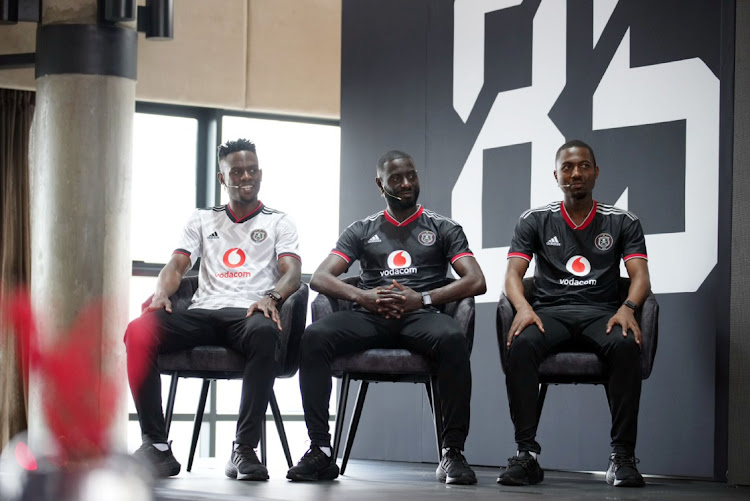 Orlando Pirates defender Innocent Maela is encouraged by the club supporters who feel he can take over the captain's armband after Happy Jele's exit. Maela is one of the players tipped to take over the armband following the departure of Jele on Monday.

While he is pleased that many Buccaneers supporters want him to take over the lead the team, the 29-year-old said he is ready.

“Look, it is an honour for me for the supporters to speak so highly of me, but I also know that within the squad, we have so many leaders,” Maela explained to the media during the club's launch of a new jersey in Sandton, Johannesburg, yesterday.

“I’m grateful for them to think of me that highly, but my job and focus right now is to train every day as hard as I can so I can be ready for the new season. Everything else is just talk, but I am aware of talk and I am grateful and honoured because it is loud out there.

“But I also know what I have to do and mine is to just perform every day and train as hard as I can so I can prepare for the new season.”

Should he be given the armband, being one of the seniors, the defender said he was aware of the responsibilities of leading the club of Pirates calibre, and that with the support from his teammates, he can do well.

“It’s normal when a player stays longer at a club that that player becomes a senior, so you assume more responsibility and accountability,” Maela said. "But when you play for a club like Pirates, everyone is responsible. If they give me the armband, it will be an honour, but it won’t be any pressure because we are a team.

“Yes, we lost Happy Jele, a huge presence within the changeroom, but it gives us an opportunity as individuals that everyone needs to step up and raise their game and just be more accountable.”

Orlando Pirates have launched their slick new jersey for the 2022-23 season, though the price of R1099 has already set some tongues wagging.
Sport
2 weeks ago

While Royal AM are expected to unveil Happy Jele and Luvuyo Memela as their new signings tomorrow, they are also set to decide the future of their ...
Sport
2 weeks ago

Kaizer Chiefs have loaned out two players Lebohang Lesako (23) and midfielder Darren Matsheke (23) to Swallows FC for the upcoming 2022-2023 campaign.
Sport
2 weeks ago
Next Article