Striker hopes to bang in more goals than last season 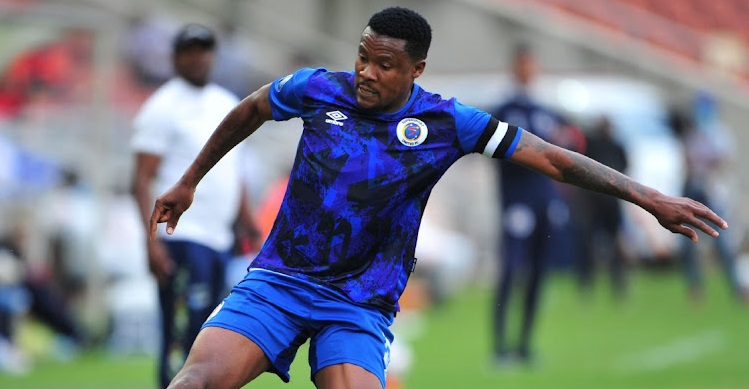 Thamsanqa Gabuza of SuperSport United is satisfied with the new deal the club has offered.
Image: Philip Maeta

With his contract with SuperSport United finally sorted, striker Thamsanqa Gabuza is planning on improving his performance in the upcoming season.

Last season, Gabuza scored seven goals for Matsatsantsa a Pitori, but he wants more in the new campaign.

The 34-year-old striker confirmed that his contract with the club has been extended by two more years and wants to repay them with consistent performances and more goals.

“I don’t want to lie. My contract was coming to an end, but there was no club that I was talking to. So, I have renewed my contract with SuperSport again,” an excited Gabuza told the media.

"So, I am glad that they have renewed my contract and I am happy to stay at the club.

“There is room for improvement. As you can see [I scored] seven goals [last season] and this season I will try and do my best again. Hopefully I will score more than seven.”

Gabuza had attracted interest from Sekhukhune United, Royal AM and AmaZulu. It is understood that the delay in signing a new contract was because he wanted a two-year deal, but SuperSport were only prepared to give him one. The club eventually agreed to give him a two-year contract.

Meanwhile, with new coach Gavin Hunt at the club, Gabuza said they are excited to work with someone who won titles in the past.

“So far so good because we have a new coach who was here before for a long time and everyone is happy to work under him,” he said.

“He is someone who wants to win all the time, so we are glad to have someone like that who worked at home for a long time.

“We are also happy to have Thulani Hlatshwayo, who is a senior player, as we have a young squad and he will play a role to help them with experience.”

"Honestly, I should do better. I can’t expect to be a bronze (Fifa Club World Cup ) and silver (CAF CL) medalist and win."
Sport
4 weeks ago

Orlando Pirates have launched their slick new jersey for the 2022-23 season, though the price of R1099 has already set some tongues wagging.
Sport
4 weeks ago

Cavin Johnson is pleased that his former player Kobamelo Kodisang remained in Europe as he feels it was vital for his growth.
Sport
4 weeks ago
Next Article