'It's time for him to make his mark' 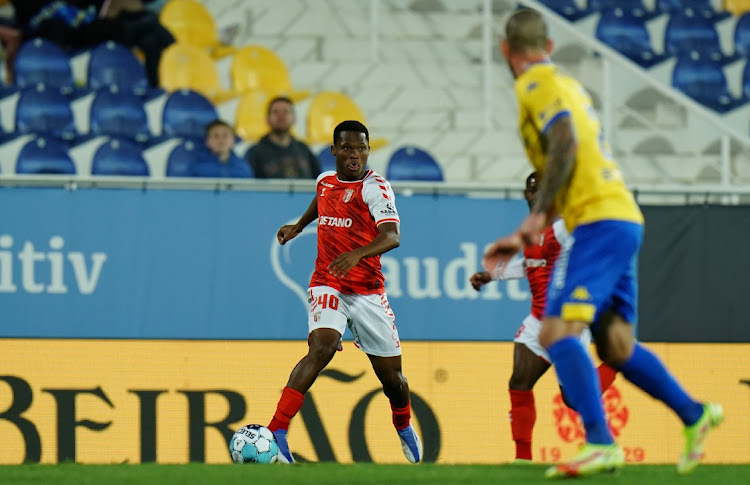 Cavin Johnson is pleased that his former player Kobamelo Kodisang remained in Europe as he feels it was vital for his growth.

Kodisang, who attracted interest from Kaizer Chiefs during the ongoing transfer window, will spend the upcoming season on loan at Portuguese Premier League club Desportivo de Chaves, with an option to make it a permanent move from Braga SC.

Johnson, who coached the playmaker at Platinum Stars in 2017, said having remained in Europe amid interest from the Soweto Giants will benefit Kodisang. “As I said, when you are in Europe, try and stay there for as long as you can to get better exposure and take your game to the next level,” Johnson told Sowetan yesterday.

“So he has done that and good luck to him. But I haven’t spoken to him and the club that has given him the loan is probably looking at playing him more often. “So he will get more exposure and they have to play him. That's why they probably took him and I wish him luck for that.”

Johnson also offered the 22-year-old some advice now that he has remained in Portugal and that he must make use of the opportunity he got. “My advice to Kodisang is that they have given him another lease of life in Europe and he has made a mark... now it’s his time,” Johnson said.

“I mean, he is not getting younger... it’s time to make his mark and make sure that everybody sees the potential that he has and get into the Bafana Bafana team if he can.

“Let him push harder and be stronger because staying in Europe is not easy also, so he is going to make sure he backs it up with a good performance on the pitch.

“I’m happy for the way he has done so far. He is a good kid and a nice player. He doesn't do funny things. He just has to take the opportunity now and improve.”

New Sekhukhune United striker Victor Letsoalo predicts a challenging season for him with the club as he wants to try and translate the performance he ...
Sport
4 weeks ago

Kaizer Chiefs have loaned out two players Lebohang Lesako (23) and midfielder Darren Matsheke (23) to Swallows FC for the upcoming 2022-2023 campaign.
Sport
4 weeks ago
Next Article