Bucs coach advises team not to be provoked by Moroccan side 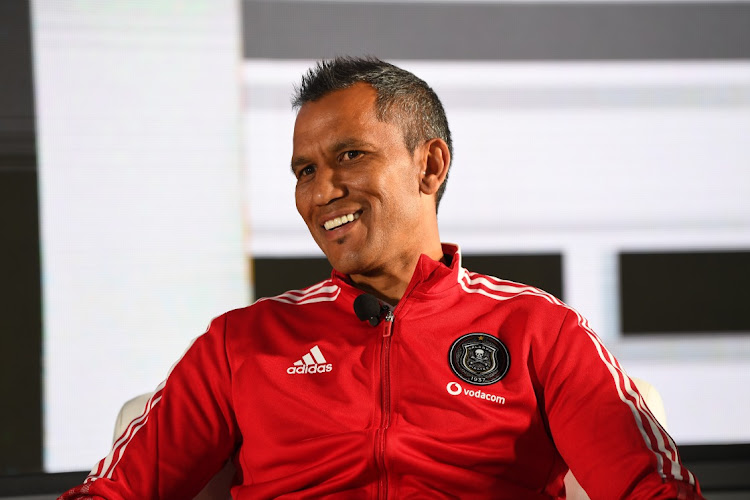 Speaking at a media conference at Orlando Stadium yesterday, Davids urged Pirates players to be level-headed and avoid playing into the Moroccans' dirty tricks.

"Very strangely, looking into the analysis, there was always a red card against the opposition when Berkane played [three of their last five Confed Cup games saw the team they played against get a red card].

"They're quite an emotional team...experienced team. You take their midfielders [Larbi] Naji, [Bakr El] Helali and [Hamza] Regragui, quite experienced three," said Davids.

"So, we've to be calm in relation to our thinking. We must not allow them to drag us into this scuffles and emotional moments... there's red cards and yellow cards."

The Pirates mentor added that the game will require more of a physiological readiness than any other kind of preparedness. "It's more mental game than physical, tactical and technical. How we're able to control our emotions in this final will help us big amount in relations to us lifting the trophy."

Davids banks on VAR to come to their rescue should Berkane succeed in influencing Zambian referee Janny Sikazwe, who'll be officiating on the day. Davids applauded CAF for introducing VAR in the knockout face of their competitions.

"You've got to give credit to CAF for allowing VAR into the knockout stages... there's been a huge, huge improvement not only in decisions but in overall standard of the game when it comes to off-side trap, when it comes to little decisions like goals and off-sides.

"So we expect VAR to be a clear neutral factor in relation to this and we're already preparing our players to be calm and control their thinking."

Hotto one step away from living up to his promise

Influential Orlando Pirates winger Deon Hotto has vowed to go all out to make sure he wins the CAF Confederation Cup with the club to support the ...
Sport
1 month ago

Kaizer Chiefs have been slapped with another fine by the Premier Soccer League disciplinary committee for failing to honour their fixtures against ...
Sport
1 month ago

MaMkhize: Royal AM on a mission to challenge football’s established order

Royal AM boss Shauwn “MaMkhize” Mkhize has vowed the club will not add its name to the list of one season wonders.
Sport
1 month ago

Though they boast a good defensive record in the DStv Premiership and the Champions League, former Mamelodi Sundowns playmaker Teko Modise says they ...
Sport
1 month ago
Next Article