Shalulile, Tinkler named the best of PSL for April

Duo credits everyone from their clubs 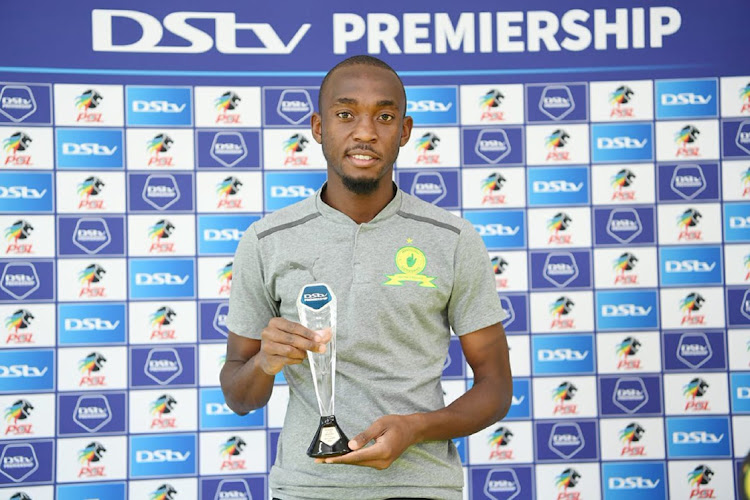 Mamelodi Sundowns talisman Peter Shalulile has been left overwhelmed by winning DStv Premiership Player of the Month for April, dedicating the gong to everyone associated with the Brazilians.

Shalulile, who's the league's top-scorer with 22 goals, impressively managed back-to-back hat-tricks in Sundowns' victories over Swallows FC and Golden Arrows in April. The Namibia star thanked everyone linked to Sundowns for helping him win the award. Shalulile was pitted against City duo of goalkeeper Hugo Marquez and utility winger Craig Martin, alongside Royal AM striker Victor Letsoalo.

"It's a great feeling. It's overwhelming to receive such an award. Everyone put in the hard work in this... from the technical team to the players, the staff, the ground people and the fans. I am happy and hoping for many more awards,'' said Shalulile yesterday.

Tinkler also credited his players and backroom staff for the Coach of the Month accolade. Tinkler inspired City to three victories and two draws in five April matches as City surged up to second position on the log. Their brilliant run in April gave them a strong chance of securing a CAF Champions League spot for the first time in the club’s short history.

The Premier Soccer League has rescheduled Orlando Pirates' fixtures after their qualification for the CAF Confederation Cup final.
Sport
3 months ago

Stellenbosch reserves head coach Evangelos Vellios believes winning the DStv Diski Challenge puts them on track to become the premium academy in the ...
Sport
3 months ago

Having led Richards Bay to promotion to the DStv Premiership, head coach Pitso Dladla is waiting on owner Jomo Biyela's call to confirm if he'll lead ...
Sport
3 months ago
Next Article