Ncikazi unfazed by past failures, calls for better finishing 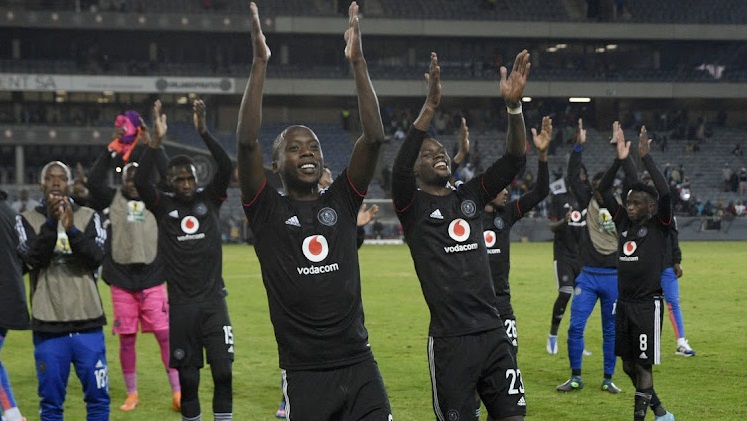 In the wake of reaching the CAF Confederation Cup final, Orlando Pirates coach Mandla Ncikazi has chosen to ignore the Buccaneers' rather unsatisfactory history in the finals of intercontinental club competitions.

On Sunday, Pirates defeated Libyan side Al Ahli Tripoli 2-1 on aggregate in the semifinals to secure their spot in the Confed Cup decider, where they will face Moroccan outfit RS Berkane at Godswill Akpabio International Stadium in Uyo, Nigeria, on Friday.

CAF is yet to confirm kick-off time.

It's Pirates' fourth final on the continental front. In their previous three finals, Pirates won the 1995 Champions League. In 2013 the Sea Robbers were beaten by Egyptian giants Al Ahly in the  Champions League final, before also losing the Confed Cup decider to Tunisian side Etoile Sahel two years later. No SA team has reached more CAF finals than Pirates.

Ncikazi doesn't want to read too much into Pirates' CAF finals history.

"I try to disassociate myself with the dynamics of saying 'we've won there and we didn't win there'. We try to focus on the game,'' said Ncikazi post their 1-0 defeat against Ahli in the second leg of the semifinals at Orlando Stadium on Sunday.

Pirates were helped by the two unanswered goals they scored in Libya to achieve a  berth in the final, despite losing at Orlando Stadium. Heading into the final, Ncikazi is still fazed by his troops' bluntness upfront.

The Pirates trainer feels if they can improve their goal conversion rate, they have better chances of lifting the trophy in Nigeria.

"We didn't play well today (on Sunday). We didn't follow some of our tactical agreements. We have to improve scoring. I know in the final we will create a chance, the difference will be whether we'll score or not.

"If we can just polish our finishing and the decision-making in that final third, there are better possibilities of us winning,'' stated the Pirates coach.

Orlando Pirates defender Paseka Mako has opened up about his horrific injury when he collided with goalkeeper Richard Ofori during their DStv ...
Sport
1 month ago

Morocco’s Renaissance Sportive de Berkane and will be Orlando Pirates' opponents in Friday’s Caf Confederation Cup final after advancing from ...
Sport
1 month ago

The GladAfrica Champions season ended with Richards Bay gaining promotion to the DStv Premiership while the University of Pretoria finished second ...
Sport
1 month ago

With one game remaining before the end of the season and Baroka still at the bottom of the DStv Premiership interim coach Vincent Kobola admitted ...
Sport
1 month ago
Next Article