'How do we expect football to be better in SA?' 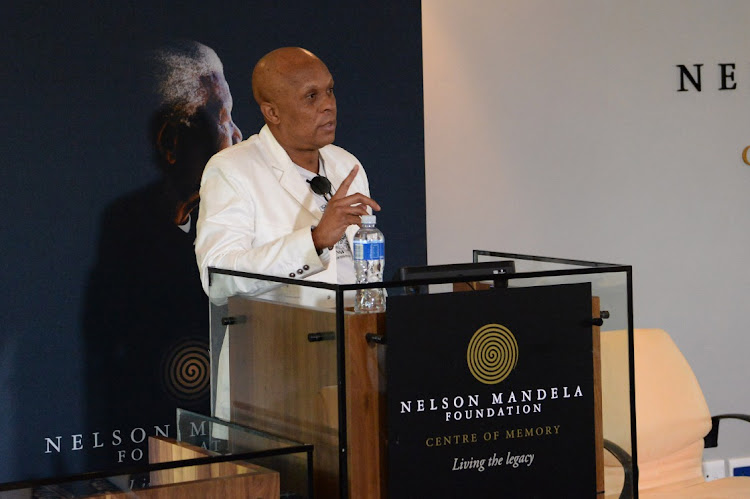 Doctor Khumalo at the SAFA Presidential Campaign Press Conference at Nelson Mandela Foundation on May 10, 2022 in Johannesburg.
Image: Lefty Shivambu

Bafana Bafana legend Doctor Khumalo is questioning why former captain Lucas Radebe is being denied a chance to lead at Safa.

Khumalo was speaking during what was supposed to be Ria Ledwaba's presidential manifesto launch in Johannesburg on Tuesday. “Just because Lucas said he wants to serve, is there anything wrong with that?” Khumalo asked.

“Do you guys know when we went to the DRC, we had to live for five days with Coke and bread only because we couldn’t eat their food. Is that not sacrifice?

Khumalo also questioned why a player like Andile Jali was overlooked for Bafana Bafana during World Cup qualifiers despite being in great form for Mamelodi Sundowns. “We have a current coach [Hugo Broos] that I respect but can't he meet his colleagues in the PSL? Because there is no leadership, there is no cohesion.

“Clive [Barker] managed to talk to all the coaches while he was still a coach. Our own national team coach, there are certain things he can’t do... You can’t take away from what Sundowns is doing, the best team ever, they have the best players ever,” Khumalo said.

“How do you go and play a serious match and sacrifice South Africans, not the national team and you leave out players that I strongly believe would have made a difference?

“There’s no way Ethan Brooks could play away against Ghana and give us results when Andile Jali is out there, an experienced player. But with the help of legends, masters, it would have been different. It would have made a difference.”

Ria Ledwaba and Safa could be headed for a nasty court battle after her lawyer confirmed she has been threatened with expulsion had she addressed ...
Sport
1 week ago

The Premier Soccer League (PSL) is set to be forced to abandon the tradition of having the last two rounds of fixtures played at the same time given ...
Sport
1 week ago

Yeye, Teko to face off against Seedorf in exhibition game

South Africans are set to experience a once-in-a-lifetime opportunity with the Heineken All-Invitational five-a-side exhibition match this weekend.
Sport
1 week ago

Stellenbosch reserves head coach Evangelos Vellios is happy to have to produced four academy graduates that the club can build around in the future.
Sport
1 week ago
Next Article