Coach says goals scored are not equal to chances created 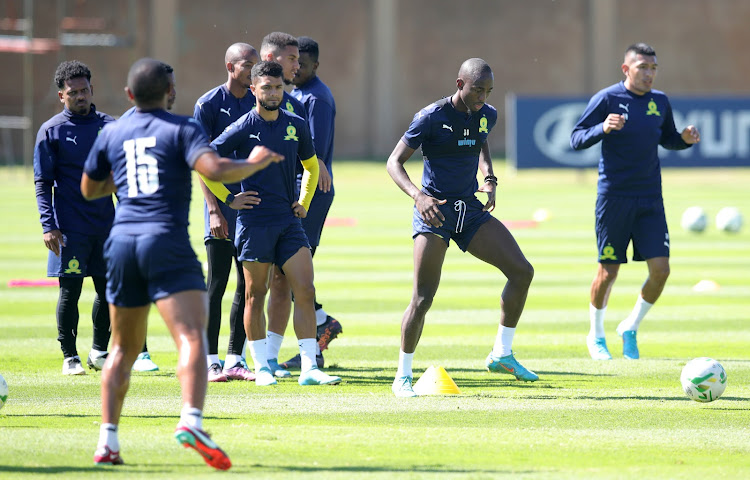 Mamelodi Sundowns coach Manqoba Mngqithi has made it clear they intend to bolster their already star-studded side for next season.

Sundowns, who have at least three players in almost every position, want to sign a striker, centre-back and midfielder, according to Mngqithi. The Sundowns coach feels they need a marksman who will share the scoring responsibility with talisman Peter Shalulile, whose 22 league goals played a crucial role in helping the club retain the league title this term.

The Tshwane giants still boast high-profile strikers such as Kermit Erasmus, Pavol Safranko, Thabiso Kutumela and Gift Motupa. “Up front, in as much as we’ve scored a lot of goals, we’ve not scored enough in terms of the chances that we’ve created. We were too reliant on Peter as much as there were many other players that shipped in with a few goals. I do believe we might still look to reinforce that area,'' said Mngqithi.

The Sundowns tactician explained why they must bring in a central defender and holding midfielder. “I believe this team needs reinforcements. We lost Ricardo Nascimento [he joined Royal AM as a free agent in February] in the left centre-back position, so we only have Mosa Lebusa as a left centre-back.

“As it is now, we’ve three centre-backs out with Brian [Onyango], Rushine [De Reuck] and Grant [Kekana]. We had to use Devine Lunga at the central defence position, so that already says if we were still in the semifinals of the Champions League we would have played with a [makeshift] central defence and that says it’s an area we need to look at,” he said.

“In the central midfield we’ve lost Riva [Coetzee, who suffered a hernia injury] earlier in the season and we might still need to reinforce, probably with a bit of a different profile central midfielder in terms of a physical profile and all other elements that may be important in that space.”

Mngqithi disclosed these plans after their 1-all league draw against Kaizer Chiefs at FNB Stadium at the weekend, where Aubrey Modiba netted for them before his brilliant strike was cancelled out by Phathutshedzo Nange.

Kaizer Chiefs caretaker coach Arthur Zwane has entreated the club to go for someone who will not change the style of play he’s introduced since ...
Sport
1 week ago

Orlando Pirates may seemingly have one foot in the CAF Confederation Cup final following their 2-0 victory against Al Ahly Tripoli in the semifinal ...
Sport
1 week ago

Kaizer Chiefs and the National Soccer League (NSL) have reached a settlement regarding two matches the club failed to honour in December.
Sport
2 weeks ago

With Al Ahly’s 4-0 semifinal first leg win against ES Setif on Saturday Pitso Mosimane remains on track for a record that would set him apart in ...
Sport
2 weeks ago
Next Article