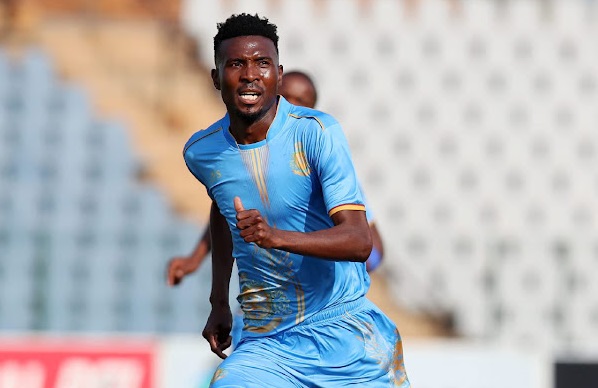 Relegation-threatened Maritzburg United have secured the signature of former Kaizer Chiefs midfielder Lucky Baloyi on a two-year deal with an option to renew.

This was confirmed to Sowetan by Team of Choice chairman Farook Kadodia yesterday. Baloyi had been training with Maritzburg since the beginning of the month after he was released by Royal AM towards the end of last year.

He has since impressed the technical team, who have since moved quickly to sign him. “The deal has just been completed and he signed a two-year contract with an option,” Kadodia said yesterday.

“But we are not done signing. Maybe later in the week, we will unveil other new signings.”

The 30-year-old has over a decade of experience playing in the PSL, having broken through at Chiefs in 2010 before a stint with Moroka Swallows five years later.

He returned to Amakhosi before joining now-defunct Bloemfontein Celtic in 2017, where he played for them until the club was sold to Royal at the beginning of the season.

He struggled for game time at Royal due to a nagging discomfort that has left him with just one appearance this season.

Baloyi only played against Swallows in the Royal opening defeat and since then, he has not made any appearance.

His experience will no doubt help Maritzburg in the midfield as they look to move away from the relegation zone where they currently sit on position 13 in the DStv Premiership with 17 points.

The club also signed Zambian striker Friday Samu last week as a replacement for Bongokuhle Hlongwane to beef-up their attack.

They were left thin in their striking department after they sold Hlongwane to Major League soccer club Minnesota United in the US.

Maritzburg also lost Ali Meza, who has since joined Bolivian top-flight side Always Ready earlier this month and needed to beef-up the striking department ahead of the second round.

Bafana Bafana defender Siyanda Xulu is discussing a new deal with his Israeli club Hapoel Tel Aviv, but is keeping his options open having entered ...
Sport
6 months ago

TS Galaxy striker Augustine Kwem has urged the experienced players to step up and help the team move away from the bottom of the DStv Premiership ...
Sport
6 months ago

For Kurt Lentjies, the DStv Compact Cup competition offered him an opportunity to learn from experienced fellow coaches Steve Barker and Eric Tinkler.
Sport
6 months ago

WATCH | Mkhanyiseli Siwahla on the demise of Ajax Cape Town

Former mercurial Ajax Cape Town midfielder Mkhanyiseli Siwahla says he was left deeply saddened by news that the Urban Warriors ceased to exist over ...
Sport
6 months ago
Next Article