Ex-skipper details how his partnership with Sangweni blossomed 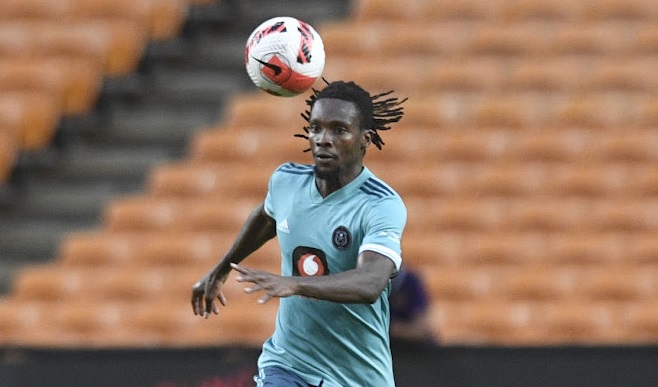 With Olisa Ndah having impressed at Orlando Pirates in his debut season in the DStv Premiership, former captain Lucky Lekgwathi feels he needs a stronger partner to complement him in the heart of the defence.

Ndah has been outstanding for the Buccaneers since arriving in September and made up for the absence of the injured Happy Jele.

It was because of his impressive performance that he was included in the Nigeria squad for the ongoing Africa Cup of Nations (Afcon) in Cameroon.

Ndah has played with Thulani Hlatshwayo and Jele in the heart of the defence, but Lekgwathi feels he has not formed a good foundation with the two.

“I give Ndah 10 out of 10. The guy is doing very well. That’s why he even got a call-up from Nigeria,” Lekgwathi told Sowetan after the relaunch of his new restaurant, Grootman, in Southdale Mall in Johannesburg on Friday.

“I’m impressed with his performance and he just needs to get the right partner he can play with. The other defenders he played with are not bad, but if he can get someone who he can play with and understand him, they will form a good combination.

“I hope he can continue with the same performance when he returns from Afcon and I think he is heading in the right direction.”

Lekgwathi also shared how he managed to form a strong partnership with Siyabonga Sangweni during their playing days and how it helped the Buccaneers.

“When Siya came to Pirates, he played with Rooi [Mahamutsa], myself, until we got a good combination,” he said.

Even with recent signs showing he was closer to finally making his senior debut at Braga, talented attacker Kobamelo Kodisang could still move ...
Sport
5 months ago

Two late penalties awarded after intervention by the Video Assistant Referee saw debutants Gambia hold Mali to a 1-1 draw at the Africa Cup of ...
Sport
5 months ago

A goalkeeping howler handed Sierra Leone a dramatic last-gasp equaliser that secured a 2-2 draw with Ivory Coast in their Africa Cup of Nations Group ...
Sport
5 months ago
Next Article