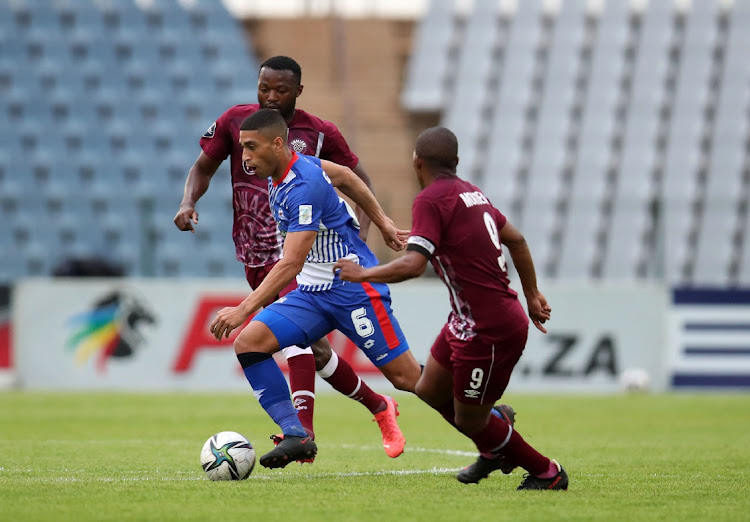 This is according to the club’s midfielder Travis Graham. Maritzburg go into this league clash on the back of another stalemate, a 1-all against struggling Swallows away on Saturday.

“We need points. The coach [Ernst Middendorp] has made it clear to us that we must try to collect as many points as we can. So going to Cape Town, we won’t mind a point even though we target three,’’ said Graham.

Graham expects the Citizens to be a bit fresher than them, having not played the past weekend. City were billed to face Kaizer Chiefs at FNB Stadium on Saturday, but the game did not go ahead owing to a high number of Covid-19 cases in the Amakhosi camp.

“They’ll obviously be a bit fresher but I think we also got a game under our belt, so we’ll be more comfortable and determined. We are fully committed to come with a result,’’ said the Team of Choice man.

Graham also weighed in on their draw at Swallows, where Wandisile Letlabika struck in the 88th minute to level matters. On the stroke of half time, Bongokuhle Hlongwane had given Maritzburg what looked like a winner until the hosts equalised.

“It was a silly error from our side. We deserved the three points but unfortunately, we couldn’t keep it tight at the end. You could see Swallows tried all they can and got the goal,’’ stated Graham.

That City are mentored by a former Maritzburg tactician in Eric Tinkler spices up this fixture. Graham insinuated the clash would be more of an opportunity to claim bragging rights for Tinkler.

“Eric knows a few of the guys. I haven’t played under him, so I don’t know him as a coach. I think that he’s coached this team makes him more determined to win against us,’’ said the 28-year-old midfielder.

TS Sporting chairperson Slungu Thobela has confirmed coach Milton Dlamini is no longer with the club, reiterating his faith in goalkeeper coach ...
Sport
5 months ago

Keep your heads up, Nhlapho tells SuperSport after loss

Siyabonga Nhlapho has urged his SuperSport United teammates to dust themselves off and go again after suffering a 0-1 defeat against Sekhukhune ...
Sport
5 months ago

The uncertainty surrounding their game against Kaizer Chiefs hasn’t stopped Golden Arrows from preparing as normal.
Sport
5 months ago

Keagan Buchanan wants AmaZulu to turn their draws into wins, starting with Orlando Pirates at Kings Park Stadium tomorrow at 5.30pm.
Sport
5 months ago
Next Article