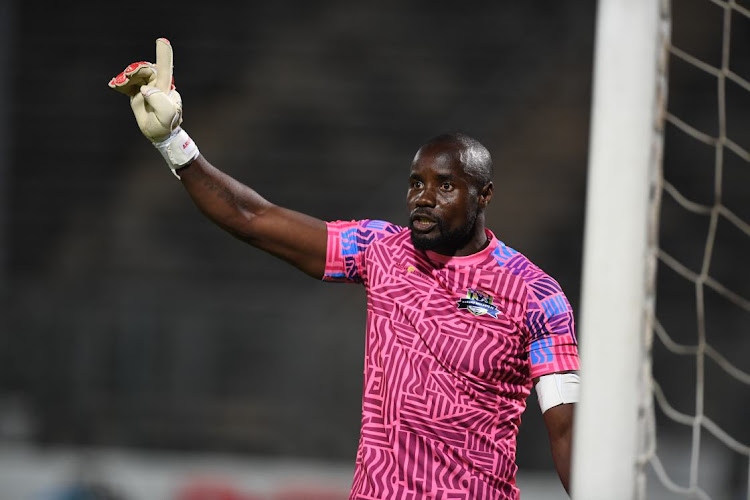 Marumo Gallants goalkeeper Washington Arubi has warned that they should not be written off yet as they are capable of overturning a 1-0 defeat they suffered away to TP Mazembe in their CAF Confederation Cup playoff match last week.

Gallants will host Mazembe in the return fixture at Peter Mokaba Stadium on Sunday, needing a victory to have a chance of progressing to the group stages.

A 1-0 victory will see the match go to penalties, while a 2-0 win will be enough to see them progress to the group stages.

“I’m 100% percent sure that we are going to turn the table. We just have to be patient and be positive. We must not put ourselves under pressure,” Arubi told Sowetan yesterday.

“We plan to try and get an early goal to unsettle them so they can open up. Now they are the ones who have the upper hand, they are leading 1-0 and they can come with the defensive mindset, which we will be ready for.

“We know that the way we play, we do have the players that can unlock whatever they can try to do.”

Having seen what kind of team Mazembe are in the first leg last week, the 36-year-old Zimbabwean international keeper expects Mazembe to try bully them on Sunday.

“They are an experienced team and they are bigger [physically] than us so they are going to come with a little bit of aggressiveness,” he said.

“But since we played them last week, we know what we are capable of doing and we just have to keep on following what the coach is going to tell us to do so we can overturn the result.

“It is going to be a great game for both clubs and also, on our side, we worked so hard not to concede a lot of goals away from home.”

Gallants will be heading to this fixture on the back of a 3-1 victory over TS Galaxy in their DStv Premiership match on Wednesday.

“It was a good result. We really needed three points as we know we have not been getting what we wanted all along. It brings confidence going forward.”

Meanwhile, Orlando Pirates will host LPRC Oilers from Liberia in the second leg at Orlando Stadium on Sunday at 5.30pm. The Buccaneers are leading the tie 2-0 and are favoured to progress to the group stages.

Dladla not getting carried away with Bay's log position

Richards Bay may be one of the early pacesetters in the GladAfrica Championship, but coach Sipho Dladla remains on guard against thinking too far ...
Sport
1 month ago

Stellenbosch may have lost their past two matches but they are still capable of ending Mamelodi Sundowns' unbeaten run in the DStv Premiership.
Sport
1 month ago

Tight December schedule to test Sundowns to the limit

Ahead of the demanding schedule facing his team this month, Mamelodi Sundowns co-coach Manqoba Mngqithi has revealed that they tried to give players ...
Sport
1 month ago

New Swallows FC coach Dylan Kerr says it took him half-an-hour in a meeting with club president Panyaza Lesufi and chairman David Mogashoa to realise ...
Sport
1 month ago
Next Article