Tight December schedule to test Sundowns to the limit 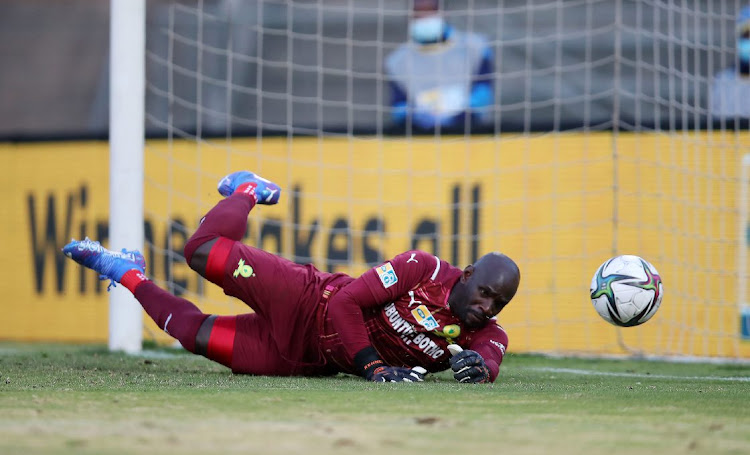 Kennedy Mweene is expected to replace Denis Onyango in goal for Sundowns in tommorow's match against Stellies.
Image: Muzi Ntombela/BackpagePix

Ahead of the demanding schedule facing his team this month, Mamelodi Sundowns co-coach Manqoba Mngqithi has revealed that they tried to give players enough rest to have a fresh team.

Like many teams in the DStv Premiership, Sundowns will face fixture congestion with seven matches scheduled for this month, starting with the Stellenbosch at Danie Craven tomorrow at 8.15pm.

They will face tricky Royal AM on Wednesday and three days later will meet crosstown rivals SuperSport United at Lucas Moripe Stadium.

Matches against Baroka (December 14), Orlando Pirates (December 17), AmaZulu (December 20) and Marumo Gallants (December 23) will conclude their schedule for the month.

“One must look at our programme very closely and understand the challenges that we are facing,” Mngqithi told the club's media department.

“We know the number of games coming after this full week is going to be very hard for all of us.

“So, we decided to give the players a recovery immediately after the match on Saturday then gave the players two days off just to refresh and make sure everybody comes back knowing very well that during the festive [season] they will be here with us up until the 23rd.

“We have to make sure that we have a team a little bit fresher to take on the last marathon.”

The 50-year-old admits they won’t even have time to train.

“Games that are coming are not giving us a chance to prepare at all because after Stellenbosch you have one day of travelling,” he said.

“A day after that you are already on match day minus one for the next game. Training is now going to be more on matches and video analyses.

Mngqithi expects a tough game against Stellies tomorrow but he is confident they will come out tops again.

“Last time they gave us a good run for our money but at the end of the day we managed to win in the last minute of the game.”

Sundowns will be without suspended skipper Denis Onyango, with Kennedy Mweene expected to replace him in goal.

We need to show up against Sundowns, Van Heerden urges Stellies

Stellenbosch defender Mark van Heerden has urged his side to show up to avoid a third successive defeat when they host Mamelodi Sundowns at Danie ...
Sport
5 months ago

Arriving late at training and allegedly being a party animal are said to be the main reasons Maritzburg United decided to terminate talented ...
Sport
5 months ago

Swallows coach Dylan Kerr has vowed to get the attitude right from his players and make them believe they can win games.
Sport
5 months ago
Next Article