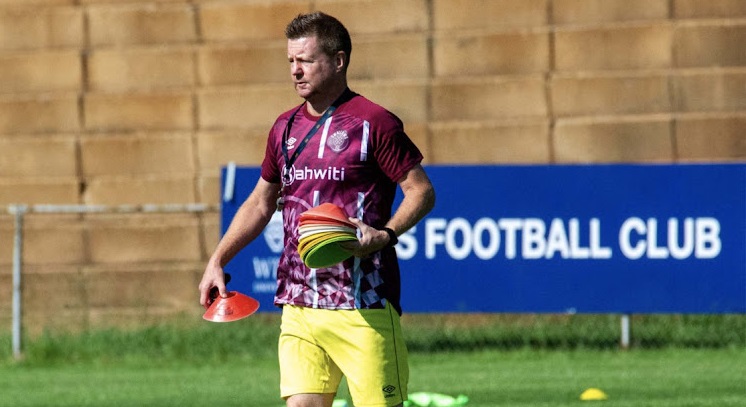 Swallows coach Dylan Kerr has vowed to get the attitude right from his players and make them believe they can win games.

Kerr, who was appointed on Tuesday as the new Swallows coach, replacing Brandon Truter, took charge of their first training session yesterday.

He has identified the attitude and confidence as something he needs to immediately get right.

“To come to Swallows is a massive job and a massive challenge and I’m looking forward to it,” Kerr told Sowetan yesterday.

“Last year they were drawing games, but this season, they are losing games and the team morale is very low. So I need to come in and instill the confidence and belief.

“Your first training session will always be difficult and I said to the players, there are a lot of points to be played for and we need to start winning as soon as possible. All is not lost.

“The players must start believing in themselves and I will make them want to win games again.”

With Swallows at the foot of the DStv Premiership table with only three goals scored so far, Kerr admitted that there is a lot of work that needs to be done for the club to return to winning ways.

“We have to focus on the defence, they have been conceding too many goals and we have to get it right before we start working on scoring,” he said.

“At the end of the day the only people who will win the game are the players, we can only prepare them and get the best out of them, but they have to go out there and deliver.

"The attitude from losers to winners needs to change and as I said there are lots of points available, let's go for it.”

Kerr's first assignment will be against Maritzburg United at Dobsonville Stadium on Saturday, but he won’t be on the bench as he is still waiting for his work permit, his assistant Fani Madida will take charge.

“We have a game against Maritzburg coming on Saturday and we need to start winning that one, that will be interesting. We don’t want teams above us pulling away, but we just have to concentrate on what Swallows can do and what we can bring to the table.”

Baroka skipper Vusi Sibiya has narrated why he thinks games against the bigger teams are sometimes easier for less-fancied sides like them.
Sport
1 month ago

TS Galaxy midfielder Mlungisi Mbunjana has highlighted the importance of winning their game against Marumo Gallants to put some distance between them ...
Sport
1 month ago
Next Article