De Reuck explains why he cried 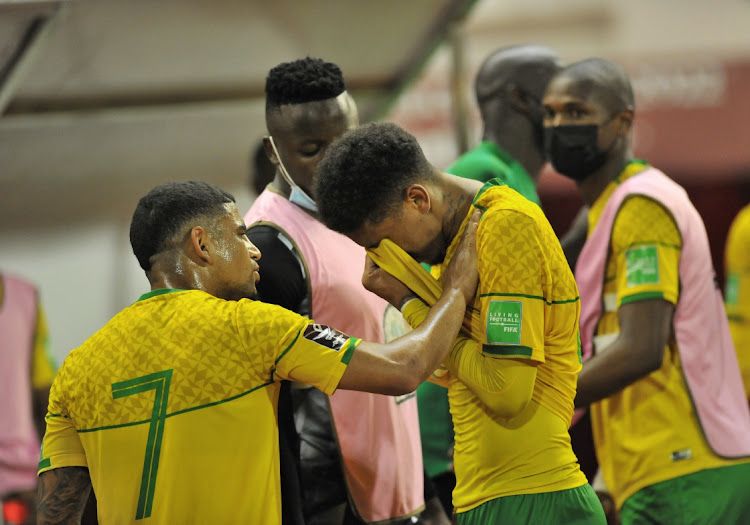 De Reuck, who was accused of fouling Ghana striker Daniel Amartey to concede the disputed penalty, spoke yesterday for the first time since the defeat.

The Mamelodi Sundowns centre-back could not hold back his tears after the final whistle on Sunday as he felt they were robbed by Amartey who clearly dived. The referee is now accused of blatant cheating.

“I’ve played professional football for the past five years now and I’ve never gone through something like that in my life,” De Reuck told the media yesterday.

“I’ve lost finals; I don’t recall myself crying. But in that game – it was probably the biggest game of my international career and not only for me but the other guys as well – to see the younger players in the team go through that and see officials killing us with the decisions they were making, it's sad.

“At that point I didn’t even think about the match being replayed. I was part of it [the penalty incident] and he booked me and that disappointed me. I knew what it would have meant for the country. I had a lot of emotions and I just broke down because we wanted it so badly.”

De Reuck is, however, pleased with the support he has received from the public and his teammates since Sunday and that made him feel better.

“The support has been massive after going through what we did in Ghana and I felt like this is what the players needed, knowing that we have the backing of our country,” he said.

Safa is on Wednesday giving an update on a complaint over Bafana Bafana's World Cup qualifier against Ghana.
Sport
1 week ago

The Pitso Mosimane gift road show is expected to arrive at Mamelodi Sundowns’ headquarters at Chloorkop on Thursday.
Sport
2 weeks ago

Ahead of hosting Mamelodi Sundowns on Saturday, Cape Town City defender Taariq Fielies has opened up about the agony of missing a penalty that would ...
Sport
2 weeks ago
Next Article