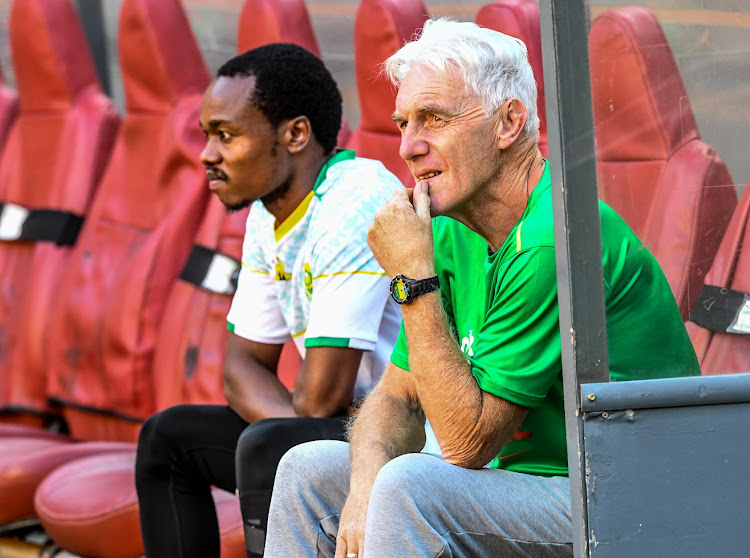 SA has a team again, Bafana Bafana coach Hugo Broos said, highlighting the positives that should emerge after his side’s match officiating-affected exit from the 2022 World Cup.

Broos pointed out that his young team had surpassed expectations, and then some, going into their final match away against Ghana in Cape Coast on Sunday night top of Qatar 2022’s African qualifying Group G by three points. Ghana progressed by the narrowest of margins to qualifying play-offs.

Their 1-0 win, thanks to Andre Ayew’s hotly-disputed 33rd-minute penalty, saw the Black Stars level on points (13) and goal difference (+4) with SA, but in the next level of criteria, goals scored in the group, Ghana had seven to SA’s six.

The SA Football Association (Safa) have said they will ask the Confederation of African Football (Caf) and global body Fifa to investigate the officiating of Senegalese referee Maguette Ndiaye and his assistants. Daniel Amartey clearly dived, when there was at best minimal contact from Rushine de Reuck, for the penalty Ndiaye awarded.

We did very good work over the last three months. If you asked before the qualifiers what SA would do, nobody would have said we would be top of the group before the last game.

Broos complained of the decisions throughout the match that allowed Ghana to get away with physical challenges, but not SA.

Broos, however, has called attention to SA’s hugely promising group qualifying campaign — winning four times, drawing once and losing once with a young team, as the coach bravely omitted frontline stars building towards the 2023 Africa Cup of Nations.

“For sure I’m disappointed because we were very close,” he said. “If you see the decision came down to one goal, then that’s the second disappointment we have.

“We did very good work over the last three months. If you asked before the qualifiers what SA would do, nobody would have said we would be top of the group before the last game. So from that side, we did a very good job and there is a team again in SA.

“Again, I’m not happy with the referee and the way he allowed Ghana to play in an aggressive way. I have nothing against that, but it has to be for both sides, and that was not the case.”

If Broos’s priority in the Qatar matches was to identify young talent, throw them into a tough World Cup qualifying group and see how they fare, then Bafana’s campaign was a success before the game against Ghana in Cape Coast.

The 69-year-old Belgian, who won the 2017 Africa Cup of Nations with a young Cameroon team, now has a base of young talent who have gained experience from the tough World Cup qualifying matches, where they performed beyond expectations.

Kept together, with a few tweaks here and there, this group will gain more experience in the 2023 and 2025 Nations Cup qualifiers, and be ready for another challenge to reach a World Cup, preferably not just to make up the numbers there, in 2026.