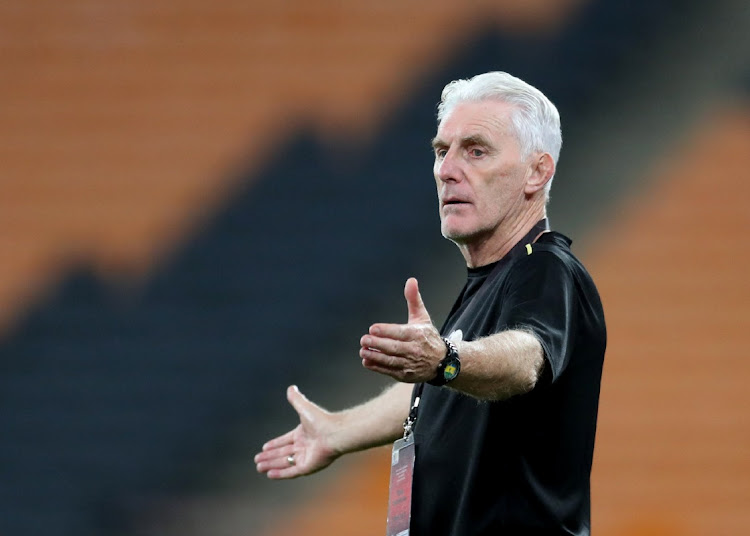 Rightly so, Bafana Bafana coach Hugo Broos has chalked up their defeat to Ghana mainly to poor officiating.

Thanks to a dubious penalty, that was converted by skipper Andre Ayew, Ghana defeated Bafana 1-0 to progress to the play-offs of the World Cup qualifiers as Group G winners.

Senegalese referee Maguette Ndiaye made a number of contentious decisions against Bafana, but awarding a penalty that would eventually prove decisive, when SA defender Rushine de Reuck hardly touched Ghana’s Daniel Amartey inside the box, took the cake.

“I am really not happy with the way the referee today [on Sunday] let Ghana play in an aggressive way… I have nothing against that but it has to be for both sides. So, it was difficult for us to have good results here,’’ said Broos.

Even so, the 69-year-old Belgian trainer was still proud of his troops. Broos conceded lack of experience put them on a back foot a bit, feeling they’ll be stronger in the 2023 Africa Cup of Nations (Afcon) qualifiers.

“Again, when you see what we’ve done in the last three months, I am so proud of my team. I congratulate Ghana for the qualification to the next round but on the other side I have to congratulate my team as well because we worked hard,’’ noted Broos.

The Bafana tactician also lamented not scoring more goals in the penultimate Group G tie at home to Zimbabwe two days before the trip to Ghana. SA only managed to beat Zimbabwe by a solitary strike, squandering a chance to boost their goal difference as Ghana ended qualifying ahead of them by being a goal better.

“That was the only game we didn’t play at our level and it’s a pity because if we’d played like in the other four games we would have won with two or three goals to boost our chances of going to the next round,’’ said Broos.

Rushine De Reuck was inconsolable as he walked off the pitch at Cape Coast Sports Stadium in Ghana on Sunday night, and he clearly blamed himself for ...
Sport
2 weeks ago

A Kenyan court on Monday allowed police to detain Nick Mwendwa, president of the Football Kenya Federation (FKF), for 14 days to allow for an ...
Sport
2 weeks ago

POLL | Bafana heartbreak in Ghana, but was it really a penalty?

Kaizer Chiefs mentor Stuart Baxter has scoffed at talks that Mamelodi Sundowns have already run away with the league title, insisting it’s still too ...
Sport
2 weeks ago
Next Article