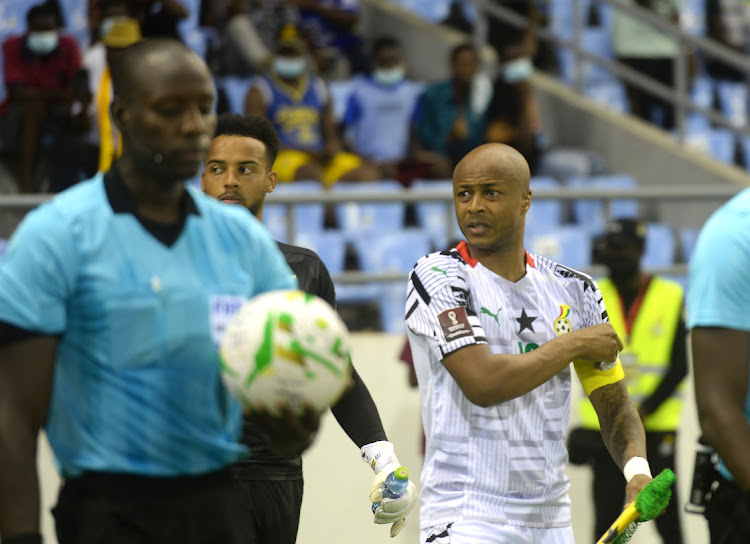 The SA Football Association (Safa) hopes justice will prevail after it launched an appeal with Fifa and CAF to have the dubious 1-0 loss to Ghana in the World Cup qualifier on Sunday replayed.

Safa is convinced that the match against Ghana at Cape Coast Sports Stadium was fixed and wants Fifa and CAF to investigate the conduct of the match officials.

Senegalese referee Maguette Ndiaye and his assistants Elhadji Malick, Camara Djibril and Gueye Daouda (fourth referee) shocked many with their questionable decisions during the match.

Besides the harsh penalty, the officials made several other questionable calls that have prompted Safa to suspect there may have been match-fixing involved.

In 2017, Bafana had to replay their World Cup qualifier after a Fifa review discovered that referee Joseph Lamptey awarded a penalty for a non-existent handball during their match against Senegal at Peter Mokaba Stadium in 2016. The match was replayed at Peter Mokaba Stadium, with SA losing out after they had won the initial tie. The Lions of Teranga eventually won the group and made it to Russia 2018.

Lamptey was banned for life for match manipulation and Safa CEO Tebogo Motlanthe feels Bafana’s game on Sunday was also manipulated and is hoping for the same outcome.

“I think from our heart, it is to say the match officials have decided the game which is not what is supposed to happen,” Motlanthe told Safa media after the game.

“So we as the association, have decided that we would be writing to both CAF and Fifa first to investigate how the game was handled. Secondly, to also challenge some of these decisions, so we have agreed that as we did last night [Sunday].

“We have already registered with match commissioner [Kachalla Babagana Kalli] that we would be writing a formal complaint and we will have a press conference after we have ticked all our boxes.

“We will submit a full complaint which is supported by all the evidence which were there to say the game either was indeed manipulated or the referee has done something wrong before that game.

“But we are very disappointed with their actions. We can’t leave it and destroy the players when we have a chance to challenge it. We will challenge it.”

After writing a complaint to CAF and Fifa, Safa will brief the country on their plans tomorrow in a press conference.

“We will get an expert who will dissect other incidents so we can make a strong case. We are also looking at when Fifa ordered us to replay Senegal and we think if justice needs to be served the same decision should apply.”

Rightly so, Bafana Bafana coach Hugo Broos has chalked up their defeat to Ghana mainly to poor officiating.
Sport
3 weeks ago

Mamelodi Sundowns Ladies held their nerve to win a semifinal penalty shootout over Equatorial Guinea’s Malabo Kings in Cairo on Monday evening and ...
Sport
3 weeks ago

Rushine De Reuck was inconsolable as he walked off the pitch at Cape Coast Sports Stadium in Ghana on Sunday night, and he clearly blamed himself for ...
Sport
3 weeks ago

A Kenyan court on Monday allowed police to detain Nick Mwendwa, president of the Football Kenya Federation (FKF), for 14 days to allow for an ...
Sport
3 weeks ago
Next Article