'My name elicits chuckles but I'm serious as keeper' 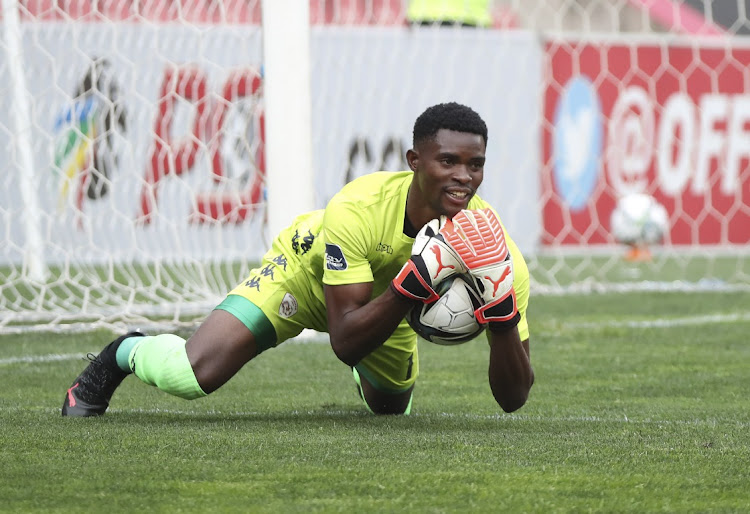 Talented Sekhukhune United shot-stopper Toaster Nsabata has disclosed his rather funny first name has never ceased to subject him to mockery. However, he says he doesn’t take the ridiculing to heart.

Nsabata has been in great form for Sekhukhune in recent matches, keeping two clean sheets from the last four games. The 31-year-old Zambian keeper is odds-on to start when Babina Noko host AmaZulu at Ellis Park Stadium this afternoon (5.30pm).

While he maintains he never asked his parents why they decided he must answer to the name “Toaster”, Nsabata admits people always poke fun at his first name.

“I never thought of asking my parents why they named me Toaster, but I know that my name is funny because people always laugh at it, saying it’s like I am toasting bread. But I have never taken those comments seriously,’’ Nsabata said.

Nsabata joined Sekhukhune from Zambian giants Zesco United in August. Barely three months at Sekhukhune, Nsabata has seemingly made the No 1 jersey his own, dethroning veteran keeper Tapuwa Kapini, who started the season as the preferred first choice.

“I came to SA to compete. I am learning a lot from Kapini, but I also want to prove that I am an astute keeper in my own right,’’ Nsabata said.

Nsabata feels having played in the CAF competitions with his previous club Zanaco prepared him to do well in a high profile league like the Premier Soccer League.

“At Zanaco, the club I played for before Zesco in Zambia, I played against clubs like Raja Casablanca, Al Ahly and many others. I think that made me the keeper I am today. It hasn't been hard for me to adapt to PSL because I am used to playing against competitive clubs,’’ said Nsabata.

Meanwhile, AmaZulu keeper Veli Mothwa expects Sekhukhune to give them a run for their money.

"Everyone wants to beat AmaZulu. Sekhukhune will be difficult. We must apply our hard work and play according to the coach's instructions,'' noted Mothwa.

With Bruce Bvuma currently not playing at Kaizer Chiefs, Oscarine Masuluke looks set for a spot in Bafana Bafana's squad for the upcoming 2022 Fifa ...
Sport
6 months ago

Despite Mamelodi Sundowns appearing to have the edge heading into the MTN8 final against Cape Town City at Moses Mabhida Stadium on Saturday, Rulani ...
Sport
6 months ago

Banyana Banyana sent a chilling warning to their rivals when they smashed 13 goals past a bemused Mozambique over two legs in the qualifiers of the ...
Sport
6 months ago