Chiefs' Dolly back in the fold after a while 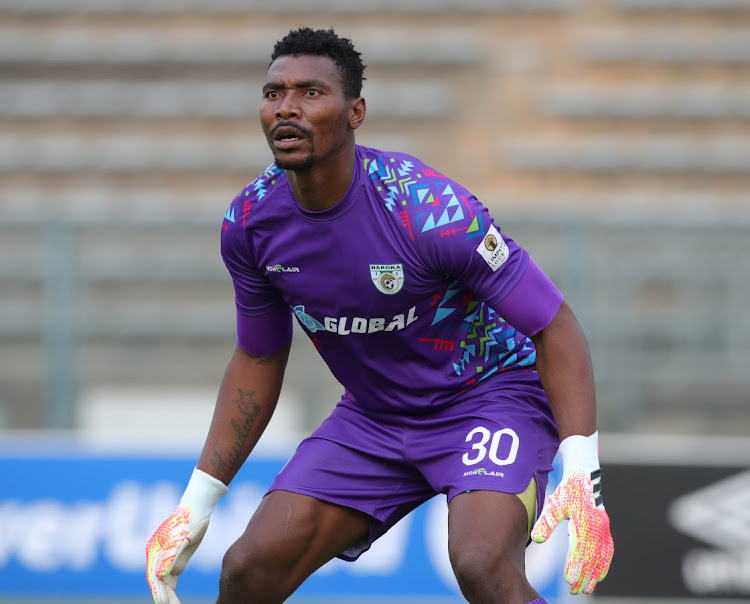 Oscarine Masuluke of Baroka has received a Bafana call up.
Image: Samuel Shivambu/BackpagePix

With Bruce Bvuma currently not playing at Kaizer Chiefs, Oscarine Masuluke looks set for a spot in Bafana Bafana's squad for the upcoming 2022 Fifa World Cup qualifiers against Zimbabwe and Ghana next month.

Masuluke, who has only missed one match for Baroka this season, was named in the  provisional 36-man squad, with Bafana coach Hugo Broos expected to trim it down to 23 on Monday.

Bvuma has lost his spot to Daniel Akpeyi at Chiefs.

In-form Chiefs midfielder Keagan Dolly also made the cut after his impressive performances for the club. In eight DStv Premiership matches this season the 28-year-old left-footer has scored three goals for Amakhosi and provided three assists.

Dolly last played for Bafana in March when the team failed to qualify for next year's Africa Cup of Nations with former coach Molefi Ntseki at the helm.

Broos has also stuck with the bulk of his new-look Bafana who are unbeaten in Group G, with Al Ahly striker Percy Tau making his return. Tau missed the back-to-back qualifiers against Ethiopia due to injury.

Orlando Pirates midfielder Goodman Mosele has missed out after he failed to pitch for the previous camp and Broos has opted to leave him out this time.

After the successive victories against Ethiopia, Bafana have their fate in their own hands with 10 points from four games and lead second-placed Ghana by a point.

Bafana will host Zimbabwe at FNB Stadium on November 11 and travel to Ghana three days later for their final group match.

Despite Mamelodi Sundowns appearing to have the edge heading into the MTN8 final against Cape Town City at Moses Mabhida Stadium on Saturday, Rulani ...
Sport
6 months ago

Banyana Banyana sent a chilling warning to their rivals when they smashed 13 goals past a bemused Mozambique over two legs in the qualifiers of the ...
Sport
6 months ago

SuperSport United coach Kaitano Tembo has maintained he’s not fazed by the prospect of losing midfielder Teboho Mokoena, pinning his hopes on Diski ...
Sport
6 months ago
Next Article