Defender vows Bafana will fight for victory in remaining games 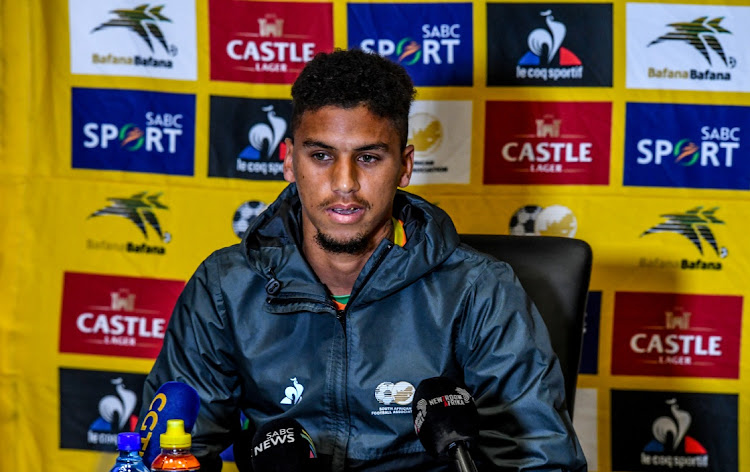 Bafana Bafana defender Rushine de Reuck has promised that they have no time to rest on their laurels following their impressive run in the 2022 Fifa World Cup qualifiers.

Bafana have been impressive recently and made many South Africans to start believing in them again.

Ahead of their match against Ethiopia at FNB Stadium tonight at 6pm, De Reuck said they will fight for a win in all the remaining games.

“Team spirit is very high in the team. We all want to achieve the same thing and that is to qualify for the World Cup,” De Reuck told the media yesterday.

“We are all working hard for each other collectively, and once we do that, it is very possible to qualify.

“Having said that, we just have to continue going. We are halfway there. We can't rest on our laurels now. Hopefully, with the fans back, we will give them positive results to be proud of.”

The 25-year-old Mamelodi Sundowns player also shared the secret behind working under coach Hugo Broos as they remain unbeaten in three matches following two victories and a draw.

“He gives us the freedom to play. Everybody is happy with him, the way he puts up the team and everybody understands what he needs to do on the field,” he said.

“I feel like if we have that and have a coach who believes in you, you will fight on the field. We all want him to succeed and he wants us to be successful as well.

“So, it is easy to play for a coach like this. We want to do well for him. Everybody is happy to play for him and hopefully, we can do well and having youngsters in the team makes it extra special.

“It is a new generation and we want to create our own legacy and that’s what we are trying to do now.

“It is everyone’s dream to play in the World Cup. Like I said, we are halfway there, we need to continue together as a team like we have, approach every game with a good mindset and good mentality."

'Pump it up!' Bafana coach Broos and De Reuck call on the 2,000 fans to turn up the volume against Ethiopia

Bafana Bafana coach Hugo Broos and defender Rushine de Reuck have asked the 2,000 fans that are expected to descend on FNB Stadium for the 2022 Fifa ...
Sport
5 days ago

The goal Teboho Mokoena scored for Bafana Bafana in their 3-1 victory over Ethiopia in the 2022 World Cup qualifier at Bahir Dar Stadium made him ...
Sport
5 days ago

Bafana Bafana coach Hugo Broos hailed his side’s resilience and character after their impressive 3-1 victory over Ethiopia in the 2022 Qatar Fifa ...
Sport
5 days ago

Banyana Banyana coach Desiree Ellis could not hide her disappointment after their lowly finish at the Cosafa Women’s Challenge in Gqeberha at the ...
Sport
5 days ago
Next Article