Banyana defence needs to be tightened after conceding six goals 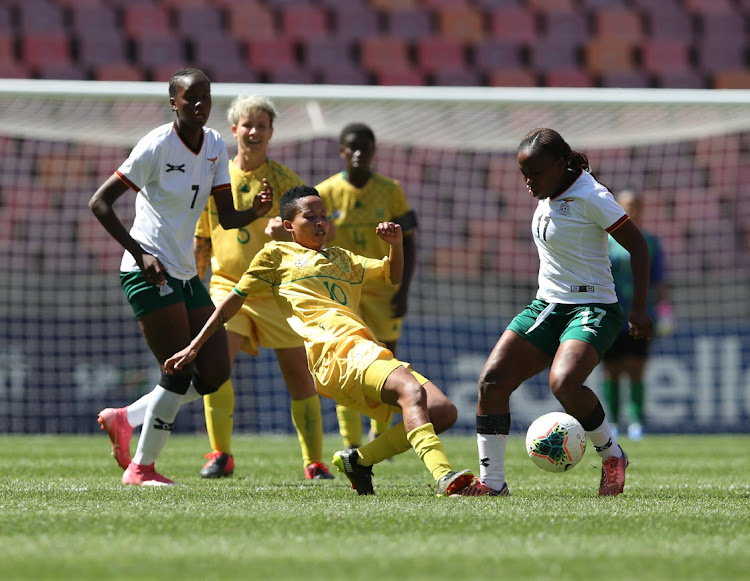 Banyana Banyana coach Desiree Ellis could not hide her disappointment after their lowly finish at the Cosafa Women’s Challenge in Gqeberha at the weekend.

For the first time in 19 years, Banyana ended the annual competition in fourth place without a medal.

Tanzania defeated Malawi 1-0 in the final at Nelson Mandela Bay Stadium to lift the regional competition.

Ellis, 58, blasted the team for their inconsistency during the competition. She hopes they will get their house in order in the CAF African Women’s Cup of Nations Morocco 2022 qualifiers against Mozambique.

“We were up and down in the tournament. We talked about consistency, and we were not consistent. Our strongest point is our defence, but we hardly kept a clean sheet. We lost on penalties, and I am not happy, and I do not think that anyone can be happy because we are better than this,” said a furious Ellis.

Banyana conceded six goals in five matches, and Ellis will have to work on the defence in their next training camp. However, on the bright side, Sibulele Holweni of Banyana ended the competition as the leading goal scorer with five goals.

Banyana will shift their focus to Mozambique as they embark on their journey to Morocco in the qualifiers later this year. “We will get ready for the qualifiers, which are important. It will not be an easy game against Mozambique. We have to step up our gear and focus on qualifying for the Afcon next year,” added Ellis.

Banyana Banyana head coach Desiree Ellis was disappointed after her side's shock exit from the Cosafa Women’s Championship at the Nelson Mandela Bay ...
Sport
1 week ago

After 18 long and frustrating months, SA supporters have welcomed news they can flock to FNB Stadium tomorrow to watch Bafana Bafana against Ethiopia ...
Sport
5 days ago

Bafana Bafana coach Hugo Broos hailed his side’s resilience and character after their impressive 3-1 victory over Ethiopia in the 2022 Qatar Fifa ...
Sport
5 days ago