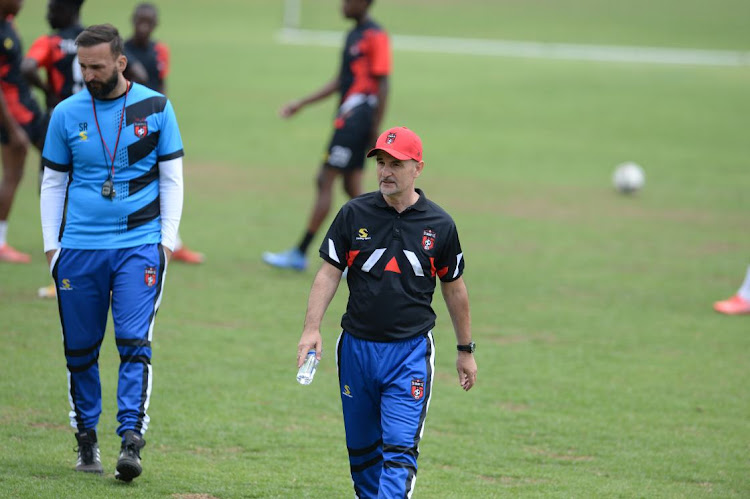 He developed many footballers who went on to make names for themselves, like former Manchester City striker Edin Dzeko. Dogan will double as assistant coach to German Sean Ramovic, his former student.

Ramovic recommended Dogan to TS Galaxy owner Tim Sukazi, who did not hesitate to take him on board after seeing his impressive CV.

Dogan signed a two-and-half-year contract and revealed he came to SA ahead of schedule as he was supposed to arrive in February. “I am excited to be here. It is my first time in SA. I have a huge responsibility to do my job, and I see the team is not in the best position on the log. We will try to develop our model of play in a short space of time, and I hope that we will succeed in that regard,” Dogan told Sowetan.

“The standard of football in SA is good. I watched a few games. I hope we will make progress and play better. There are excellent stadiums here. I hope to adapt sooner and make them an exciting team to watch. It is a big challenge, and I am here for a challenge. I worked in Bosnia for over 20 years as director of coaching and produced the best striker, Dzeko. I worked with him when he was a boy, and I worked as an educator for Bosnia football federation.

“I can help the coaches here develop young players and help Sean with the first team. I will introduce some football philosophies with a little bit of a European touch. You must be good on the ball, keep the position and play better in the attacking phase and not be impatient,” Dogan said.

After 18 long and frustrating months, SA supporters have welcomed news they can flock to FNB Stadium tomorrow to watch Bafana Bafana against Ethiopia ...
Sport
2 weeks ago

Bafana Bafana coach Hugo Broos hailed his side’s resilience and character after their impressive 3-1 victory over Ethiopia in the 2022 Qatar Fifa ...
Sport
2 weeks ago